Down with the Surfing Dudes in Tarifa 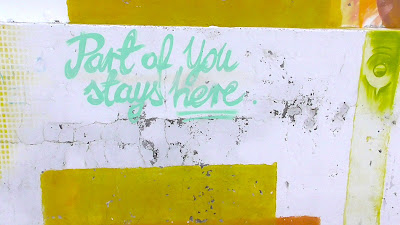 Nido’s surrounded by his mates and he likes it (as do we) - lots of panel vans, selfies (self-conversions) and vintage classic camper vans.  We’re in an aire in the town of Tarifa, the kite surfing capital of Spain, the equivalent of Cornwall’s Fistral Beach.  I had the co-ordinates for a wild camping spot by the beach a few miles west of Tarifa, but on the way through we left the main road to have a drive through the town.  Over the past 15 years Tarifa’s become a bit of a surfing/hippie magnet; it’s very laid back, with some great graffiti along the seafront and some cool beach bars and hippie shops.  We found this aire by accident; it doesn’t appear in any of our aires books or apps. There were plenty of spaces when we arrived but now (2130) it’s absolutely rammed, with vans still coming in and looking for a space.  With it being the night before Good Friday, and with Easter being such a big deal in Spain, everyone’s looking for somewhere to spend the long weekend and party.

After parking up we had a walk along the promenade and beach.  At that time there were only a few kite surfers out.  We had a paddle - the Atlantic was surprisingly warm.  We then noticed lots (and lots) of Portuguese Man o War washed up on the beach.  These are relatively small in size, with a large inflated sail (with which they use the wind to travel over the sea) and they have long, deep-blue tentacles.  Despite being small, you really don’t want to mess with them - they have an enormously painful sting for their size, so we steered well clear. We popped back to the van for a sandwich and a brew, then took a walk into town.  With it being the first day of a long and important holiday weekend, the tapas bars and restaurants were buzzing.  Not much is written about Tarifa, but it has an old town with lots of narrow streets and an ‘island’ with a fortress, joined with the mainland by a narrow strip of road which no doubt takes a battering in the Atlantic storms.  We felt like a bite to eat so stopped for some falafel and croquetas, with a beer. Onwards we bought some bread from a small shop and I queued (or jostled) in a very popular pasteleria that was selling the most elaborate and wonderful looking cakes - I think these are part of the Easter celebrations.  I bought a few small pieces of baklava.

We dropped our purchases off at the van and returned to wander down the beach as, by now, hundreds were out kite surfing.  It was a great spectacle, although the wind of course whipped up the fine white sand - not so great.  But everyone seemed to be enjoying themselves out on the water.  Back in Nido, we sat inside in the warm, with a pot of tea (Cathy) and coffee (me) and our cakes.  The rest of the evening was spent people and van watching, in particular seeing the vans enter and circle around looking for a space, trying to guess where they’d try to squeeze in.  They’re now starting to double park and, although I think we’ll be able to squeeze out in our small van, some of our larger and much longer neighbours certainly won’t be able to - tomorrow could be entertaining if they want to leave early!  We’re planning to stay another night as I think there’s a Good Friday procession through the town and we may wander down to take a look, although if it’s too crowded (or they do that thing of throwing around very loud fireworks) we may stay local to the van or move on.  The forecast for tomorrow is for heavy rain, so we may need to stay another night just to get out of what is just a square of land comprised of what is (currently) dried out mud! 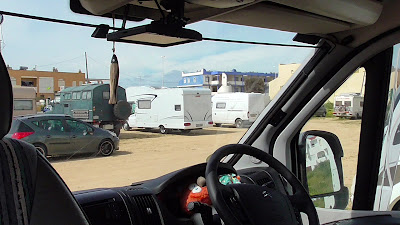 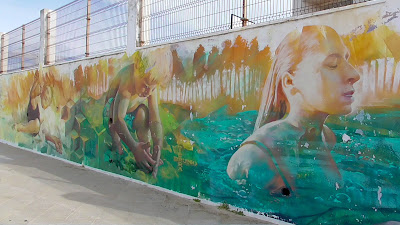 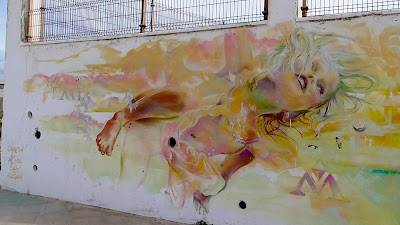 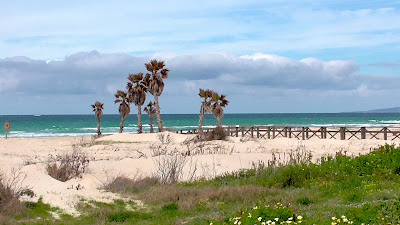 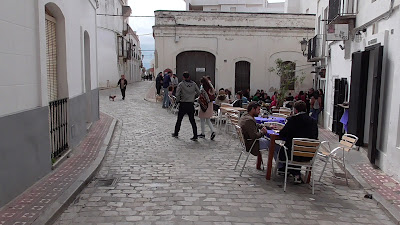 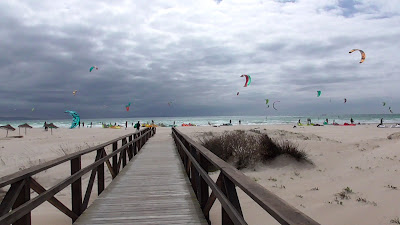 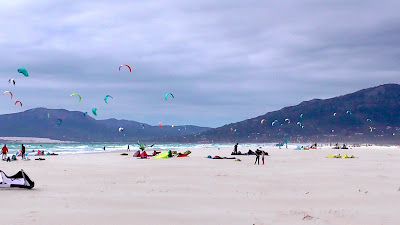 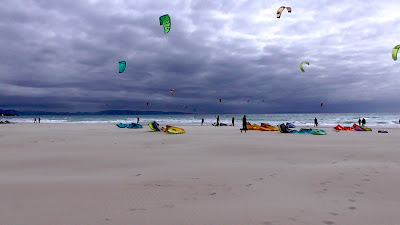 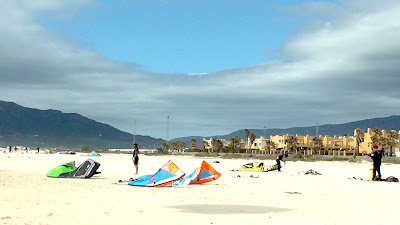 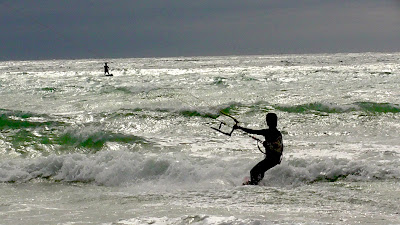 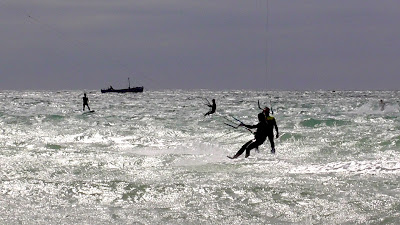 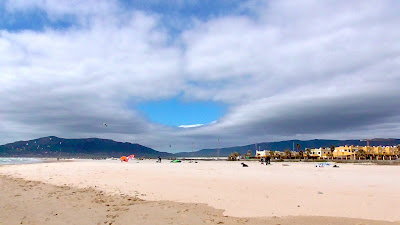 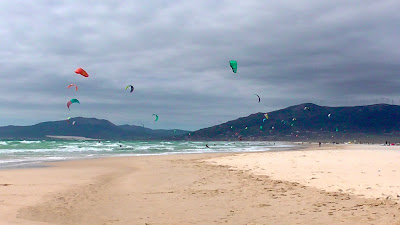