Hill walking at its best

The rain and hail continued until the early hours and the very strong winds carried on all night and through today.  But we woke to clear blue skies, although it felt chilly in that wind. We remain for a second day and night at the large are in the village of Ricote.

We needed some groceries so walked into the village, stopping first at Pepe’s Panaderia to buy some bread and a couple of cakes, then up to the ‘only supermarket in the village’. This was an Aladdin’s cave of hardware and foodstuffs and was clearly a social meeting point for villagers.  We spent some time checking out the goods, including buying some bags of dried chillies, herbs and paprika.  We found all we needed except for fresh milk.  The array of frozen and tinned seafood was amazing.

I’d noticed a sign for a circular walk that ran from the aire, so with a rucksack and some water we set off.  The first part was through the lemon groves and kitchen gardens of the village, following a well-signposted trail.  There were literally thousands and thousands of lemons; we were tempted to pick one or two, but only picked up a few that had fallen on to the path, which we thought were fair game!  The track soon started to ascend steeply past fincas large and small.  Further on we came across the old  ‘dhoby shack’ where the ladies would have gathered to do the washing.  It was quite high up and we weren’t sure if it was for the use of those who lived up in the hills, or for the ladies of the village who would have had a long walk uphill (and back down) to do their dhobying.  The concrete path was really steep near the top, before it joined a wide gravelled track. At this point there was a map showing the whole walking route of about 8km, so we continued on.  The wind was very strong and quite cool, so we were glad of our warm tops and kept up a good pace, stopping occasionally to admire the amazing views; the route is very well marked and easy to follow.  The views down to the lemon groves and fincas in the valley of Ricote village (and the aire) were breathtaking.  The track took us around the sides of the mountains, looking down on small hamlets and larger villages.  It was very quiet (aside from the wind) and we only came across one other couple during the whole walk.  There was an abundance of pine trees and fresh herbs, particularly rosemary and thyme.  We even came across a pink peppercorn tree (we remembered the pepper trees as we had some in our garden in Pakistan).  Samples of all these herbs joined the ‘scrumped’ windfall lemons in the rucksack!

There wasn’t a great deal of wildlife, although a few birds were heard later in the walk, including a couple of birds of prey high on the mountain top (heard but not seen) as we approached the village.  Further around, the views were even more spectacular - a cross between Utah and the mountains of the Afghan/Pakistan border.  There was more evidence of water though; we saw a large river running through a town that fed into a large lake.  It was a truly beautiful and peaceful walk and I recommend it all those who visit the lovely Ricote Valley.

We walked back through the quiet of village (siesta time!) and enjoyed a well-earned cuppa in the van - plus one of Pepe’s lemon buns each.  Despite the strong, chilly wind, we walked mainly in bright sun and we’re feeling the afterglow.  It’s been a truly relaxing day, walking in the hills and seeing some of the best of Murcia’s countryside.  I think we’ll sleep well tonight….so far no sign of last night’s rain, hail and stormy winds.  Only the village’s single church bell tolling every 15 minutes breaks the silence. 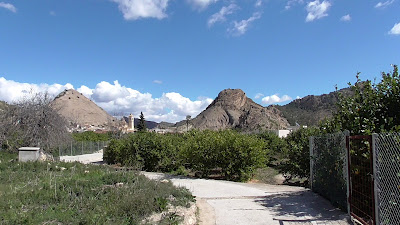 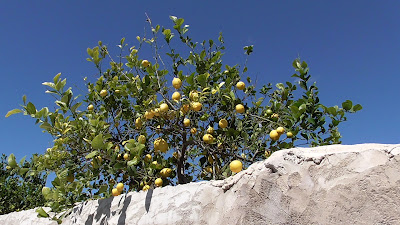 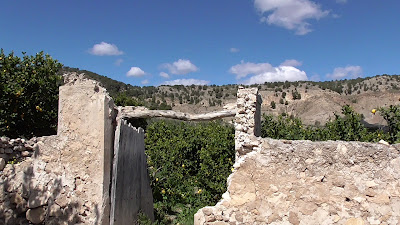 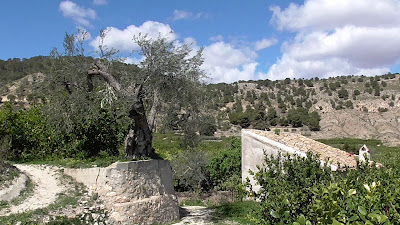 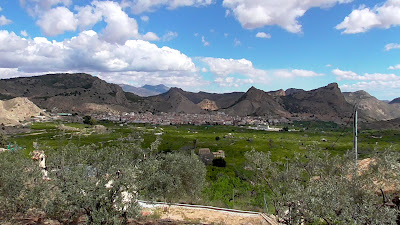 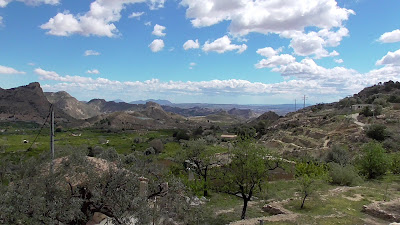 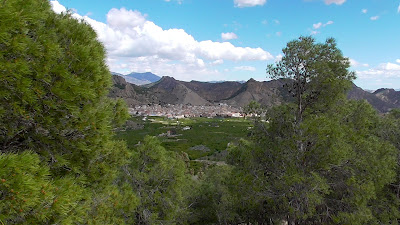 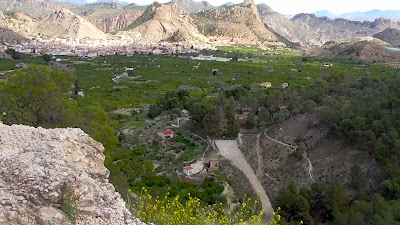 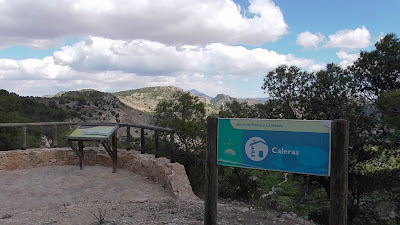 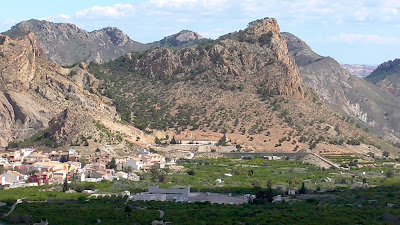 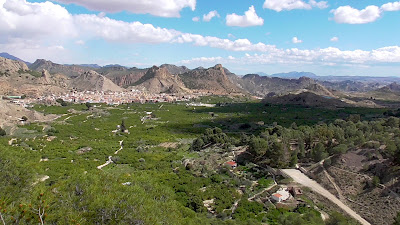 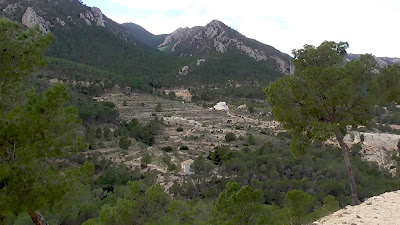 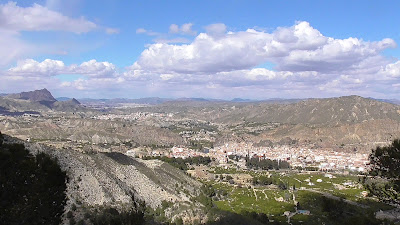 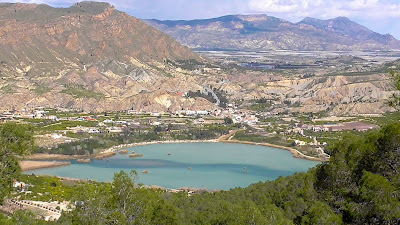 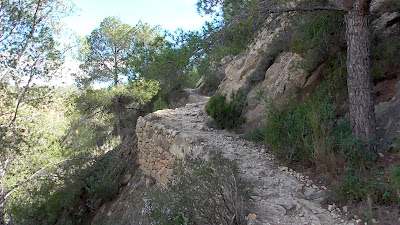 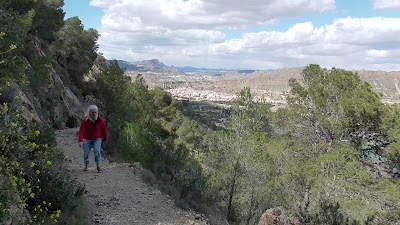 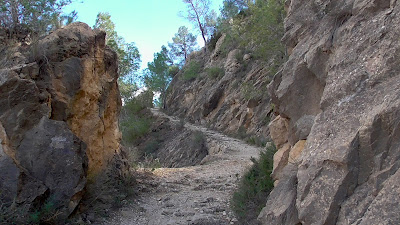 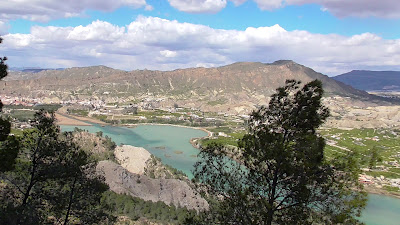 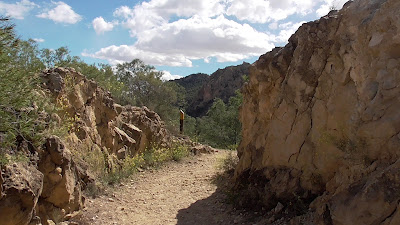 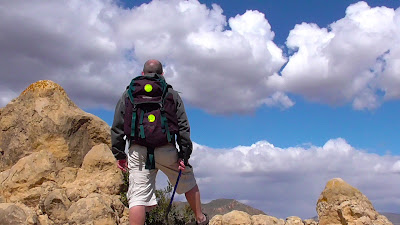 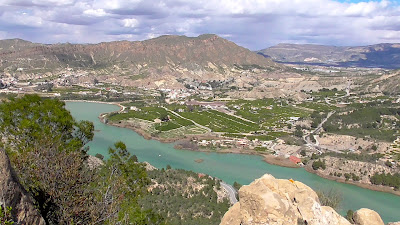 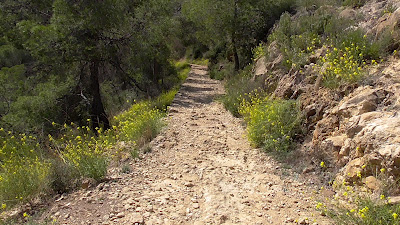 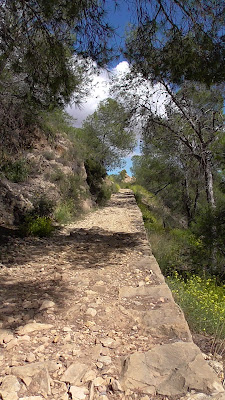 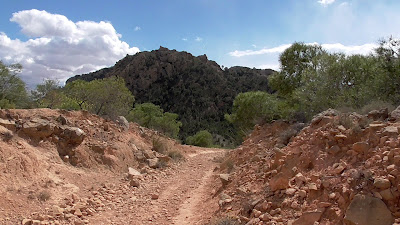 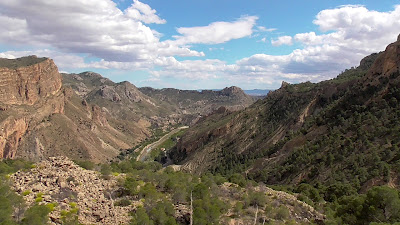 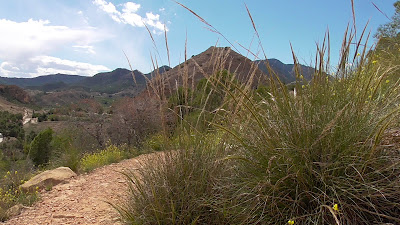 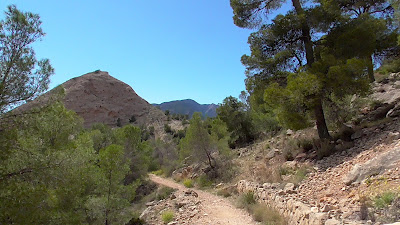 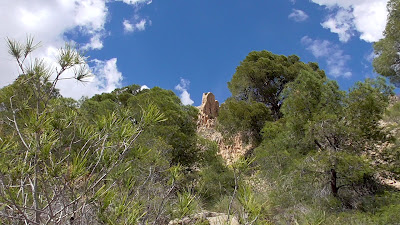 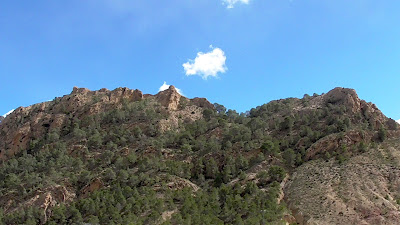 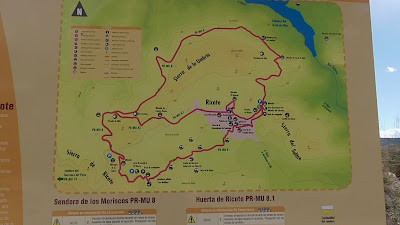