Olives, white-washed villages and views of another continent

The stars were indeed amazing last night and the moon shone brightly, creating a wonderful glitter on the lake.  Once the music from the car stopped at about 10pm, silence descended. But it was cold, really cold.  We’d put an extra throw on the bed and needed it.  When I woke up I thought, by the light level and the temperature, that it was about 0730 - I looked at the clock and it was 0945!  Cathy had said last night she thought we would sleep well - she wasn’t wrong.  When I opened the van door the sun had risen behind us and there was a slight mist on the lake; it was quiet and very beautiful.  My bare feet were absolutely freezing, but a few minutes stood in the early sun warmed me up a bit.  We had breakfast in the van, enjoying the view.  Shortly after our little friend - Gabi - came out to say ‘bonjour’.  He had another play in the van and, when I got out the brush to clean up the step and cab floor, he quickly took over.  We paid him in a few British coins which we stashed away in his little jacket zip pocket!  We said our goodbyes to him and his mum and dad.  It was a true delight to meet them and share ideas on permaculture and other such things; we wish them all the best on their journey, such a lovely family.

The drive out took us over the hills, with views of the snowy mountains, passing thousands of olive trees. We drove through a few small villages and their olive oil co-operatives.   It wasn’t long before we reached the motorway and headed West.  The traffic around Malaga was very busy and we kept going past all the tourist resorts of Fuengirola, Torremelinos and Marbella - we didn’t like the look of any of them.  Around Estepona we turned off and started to climb the hairpin bends into the hills once more.  It only took about 30 minutes to reach our destination - the white-washed village of Caseres.  The aire is in the car park of the Tourist Information Office, about 1.5km out of the main village, with views over the hills and plains and out to sea. From the viewpoint above, we could see Gibraltar and the mountains of Morocco.  There were also several Griffon vultures circling around.  We’d spent most of the day driving so after a quick lunch of fruit, we walked around the road into the village.  It was siesta time but, being on the tourist trail, several of the shops, bars and restaurants were still open. We wandered through the narrow streets, working our way up towards the old castle ruins at the high point, with excellent views all around.  Back down, we stopped in the square for a much welcomed cold beer, before buying some bread (and a couple of doughnuts!) and walking back to the van for a brew.  It was time for new bedding - or Fresh Hay!  Cathy had the unenviable job of stripping and remaking the double bed in the hot van, never easy in such a confined space.  I gave the rugs a good beating and between us we had the van looking a lot cleaner on the inside, but he still looks very grubby on the outside.  After a lovely refreshing shower and dinner, we walked back up to the viewpoint to see the final glow of the sunset to the west and look out on the village lights and the coast beyond. The frogs and cicadas were singing their hearts out down in the valley.  The sky was full of stars and we even saw the International Space Station pass overhead.  The aire is quite full now and the nearby road is quieter.  The dogs have (almost) stopped barking, including the one that was replying to its own echo!  It’s cooled down and we’re ready for a read of our kindles before sleep.  We now have two bags of washing so finding a launderette is a priority; we plan to stay at the marina in La Linea tomorrow, which I think has washing machines and dryers.  We’re visiting Gib tomorrow, a place we both know well.  I have a date with history and some remembering to do over the next couple of days…..more of that later. 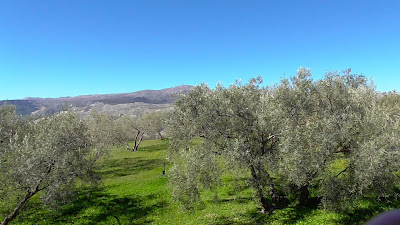 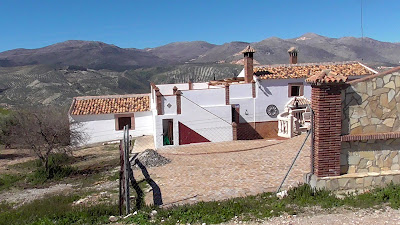 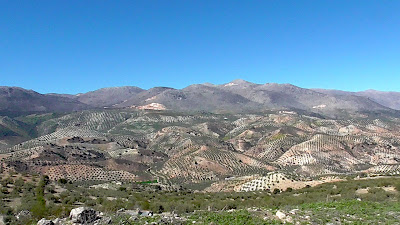 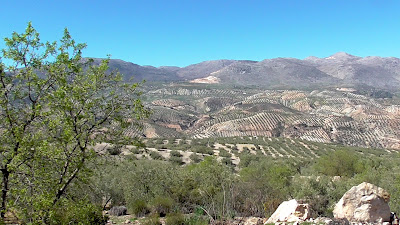 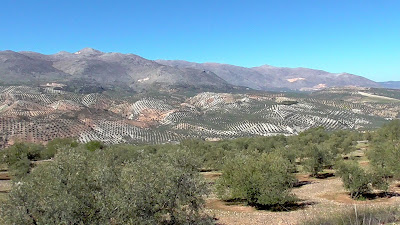 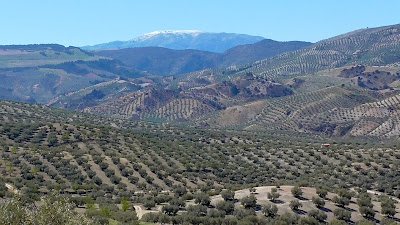 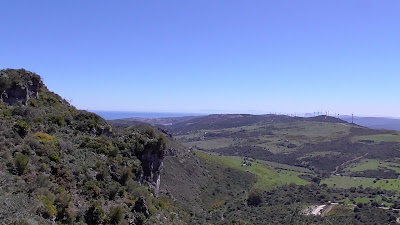 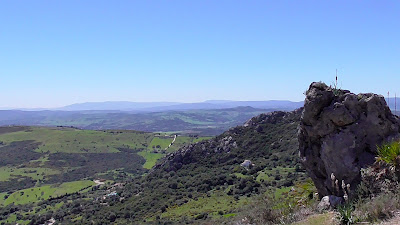 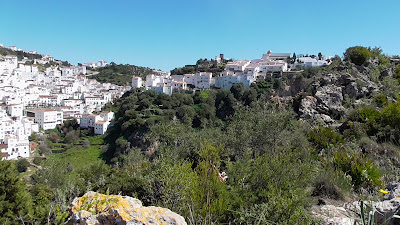 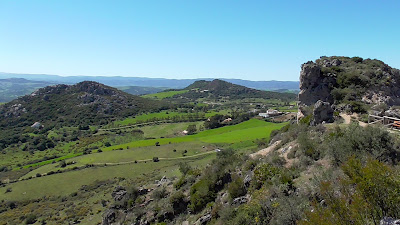 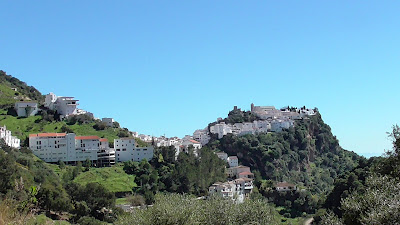 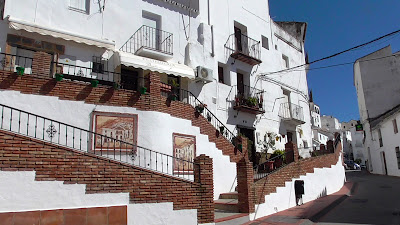 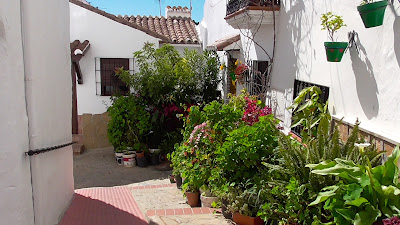 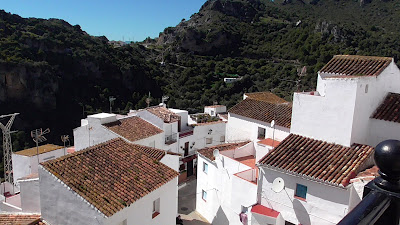 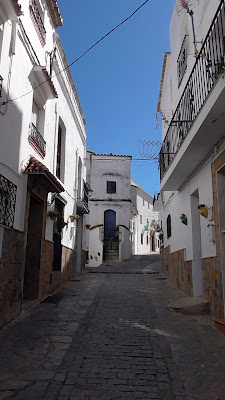 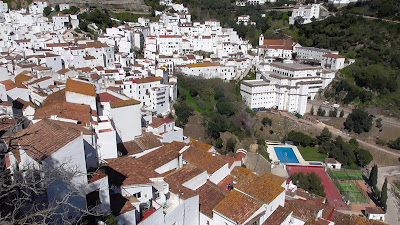 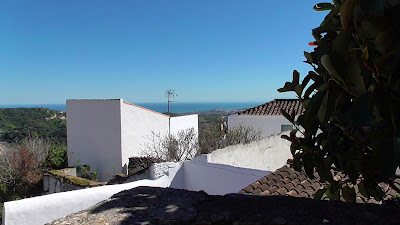 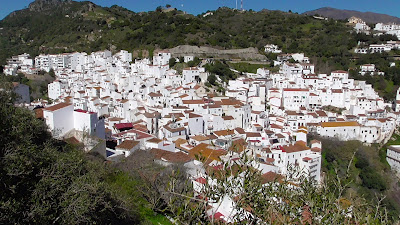 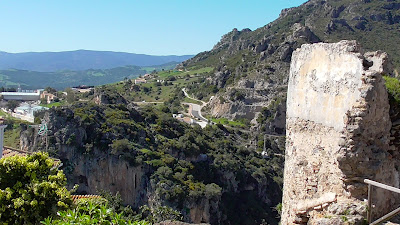 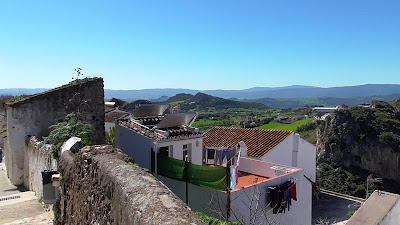 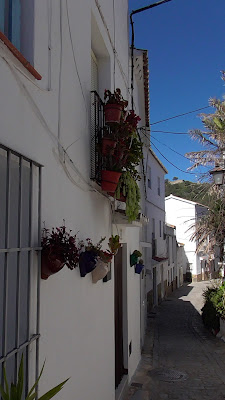 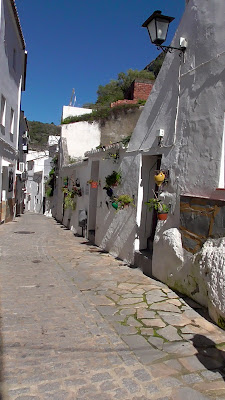 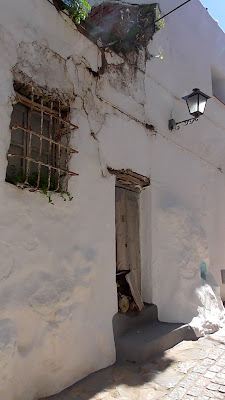 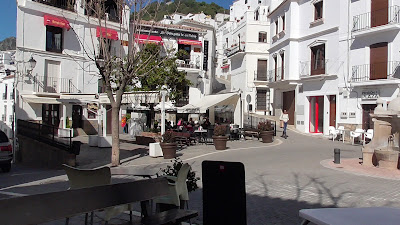 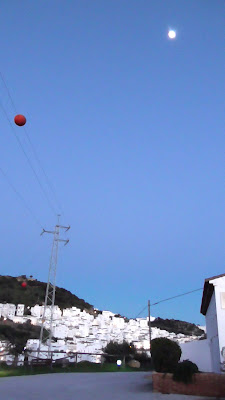 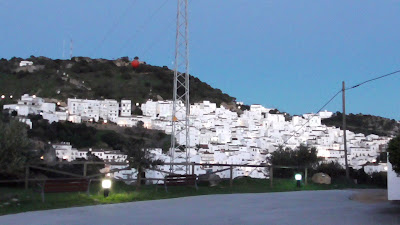 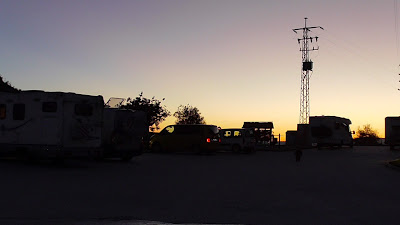