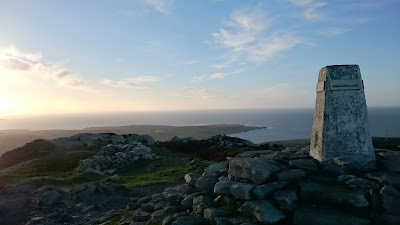 
We don't generally celebrate New Year's Eve. We much prefer to wake up early and clear-headed on 1 January and welcome in the new year with a walk.  Today we were up in darkness at 0700 and drove half an hour from home to South Stack on the westerly side of Holy Island, Anglesey. The sun was just coming up and as we climbed up Holyhead mountain, the clouds disappeared and we we were enveloped by beautiful blue skies.  It was very windy but we nevertheless enjoyed the beauty and isolation of this lovely place. We descended the other side and followed the coastal path back to above the lighthouse, where we sat on a bench enjoying a hot flask of tea and the last of our Christmas cake.

2017 was the year we both retired; it's now 7 months since we kicked off our work shoes and started our 'Gap Life'.  It was several months earlier than planned, but I had some form of mental breakdown in February and, after much soul-searching (and several re-checks of my retirement finances spreadsheet), we decided to finish early.  We haven't regretted it.  Most of the summer was taken up with Trusted house sits, firstly in Penmon on Anglesey, then Callington in Cornwall and finally in mid-Wales.  We enjoyed them all.  Around all of this we were trying to sell our house and an offer was finally accepted in August. Luckily we also found a house to buy on Anglesey and so everything lined up.  We moved out at the end of October and into our new home in Llangaffo a week later, having spent a week on the White Lodge Caravan Park just outside Newborough, which is also home to the Marram Grass restaurant.  Since then we've mixed Phase 1 of the house refurb (decorating bedrooms) with getting out and about as much as we can.  Most days we visit our local beach at Newborough - a lovely, long sandy beach with views of Snowdonia and the hills of the Llyn Peninsula. We combine this with a beach clean and regular visits to Llanddywyn Island.  Phase 2 of the house refurb (replace the old LPG gas boiler) will start shortly.

So 2017 was a strange year. Exactly a year ago today we woke up at 0500 and drove to Anglesey from our home in Cheshire.  We enjoyed a beach walk then, followed by lunch at the Sea Shanty Cafe in Trearddur Bay; never in our wildest dreams did we think then that we'd be moving to the island later that year.  Life sometimes throws us curve balls.

This year we plan to have our first long trip to Spain and Portugal in our campervan, leaving around early March and returning around the end of May, ready to enjoy summer on Anglesey.  We hope it'll be a great trip and the first of many.  It will be a practice run for a similar trip at the end of the year, when we'll spend Christmas and New Year on the south cost of Spain or Portugal, perhaps mixing in a couple of housesits  during the trip.  In between we'll continue to improve our home and garden.  We're also planning to get involved with Keep Wales Tidy on 'Long Forest', a three year project to restore, manage and create hedgerows on Anglesey.  We also want to walk the Anglesey Coastal Path (in bite-size chunks!) and I want to explore many of the lanes on my road bike.  This first full year of our retirement should turn out to be a good one and we're very excited.  Whatever you have planned, make sure you turn some of it into action.  Do it now, because tomorrow may be too late.

In the meantime, here's some New Year's Day 2018 photos from this morning to get you in the mood for exploring our beautiful country: 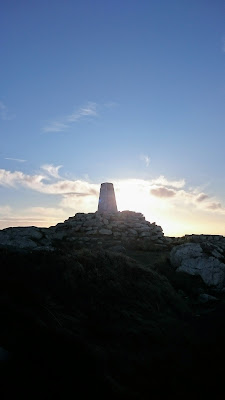 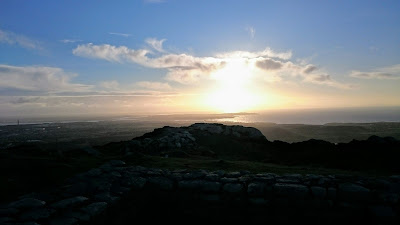 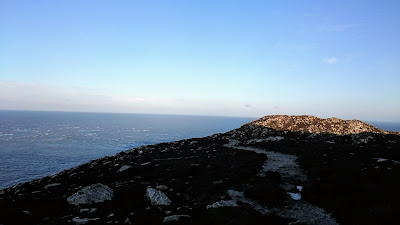 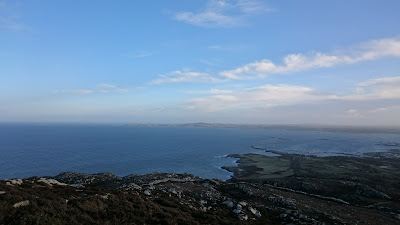 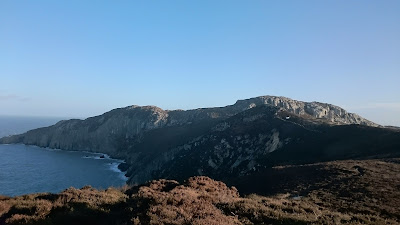