Nido’s squeezed into the aire in Daimus, about 750m from the beach.  It’s a busy stop, mainly filled with French and German vans, with a couple of Brits and a lovely couple from Northern Ireland in a panel van opposite us.

I was awake early so popped out to fill up our loo flush and fresh water tanks.  It was a grey start to the day so after breakfast we drove out, with a stop at a Dia supermarket for a few victuals.  The first part of the day we doubled back a little on yesterday’s journey, driving through some small villages and the first natural wetland areas we’d seen, to the La Albufera information centre and parking area.  La Albufera is about 15km south of Valencia. It’s a huge freshwater lagoon separated from the sea by a narrow strip of sand dunes and pine forests known as La Devesa.  The lake and surrounding areas are a breeding ground and sanctuary for migrating birds and have been protected as a nature park.  We parked up at the visitor centre and walked down the restricted path (only a small section of the lagoon is accessible) to the information centre. There we learned about the history of the lagoon, including the rice fields surrounding it.  We followed the well-marked pathways, past information boards that helped us identify some of the plants we found on our walk up to Castello de Mauz a couple of days ago, including juniper, wild asparagus, myrtle, mock privet, sarsaparilla and mastic.

Back in the van, we drove backpast the rice fields. Albufera is the birthplace of paella.  We drove through the villages of El Palmar and El Perellonet, both specialising in paella and other rice and seafood dishes.  At this time of the year the rice fields are dry.  They are flooded up in January/February, then left to dry out and turned to increase fertilisation.  In May/June they’re flooded up again before planting, with harvesting in September/October. Although we only saw them in the dry state, it was easy to imagine them green and fertile.

We stopped at the town of Curella for lunch, parking with a great view of the sea looking towards Calpe.  After eating we walked along the beach, only annoyed by men setting off fireworks - loud explosive bangers and rockets - have they nothing better to do?  These have continued day and night over the last couple of days.  On the way out of Curella we hit some diversions and realised a fiesta was in full flow, with bands, floats and young girls dressed in local costumes - it looked fun!  I turned off and, in an attempt to escape, ended up driving up some steep hairpin bends to the top of the mountain above Curella.  The views were excellent but the steep drops by the side of the road weren’t so enjoyable.

Back on track we eventually arrived at the ‘Dunes Camper Area” in Daimus.  We hadn’t booked and all the pitches were taken, but we managed to park in the middle area with a couple of other vans. The reception was closed (lunch/siesta), so we took a walk past the high rise apartments to the beach.  We walked along the waterline (noting a few rip currents along the way) and back down some of the old, narrow streets to nosey at the villas and gardens!

At the aire, I turned the van around so we could sit in the sunshine with a cup of tea.  I also checked in with reception and we had a chat with a lovely couple from Northern Ireland in a van of a similar size to ours. Being in the Valencia region, I of course had to cook paella for dinner.  Washing up later,  I chatted to a couple who live not far from where we used to live in Gosport, and who knew well the cafe me and my cycling buddy used to stop at in Lee on Solent - small world.

This part of the coast today has been quite agricultural, with a few large resorts breaking up the flat fields and waterways.  From here, we’ll hit the more built up, tourist areas.  Tomorrow I want to top up with LPG to see how much we’ve used in a fortnight. Then, after a stop around Calpe, I think we’ll make a long run past the tacky resorts and into Murcia.

Looking at Twitter, our home in Anglesey (along with most of the UK) has suffered snow and ice, so no complaints from here.  Although windy, it’s been warm enough for shorts and t-shirts and I can feel I’ve had some sun on my face today. 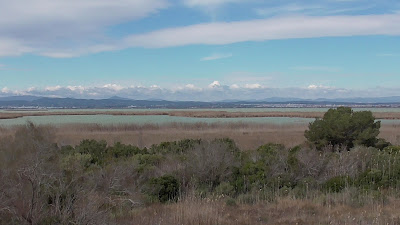 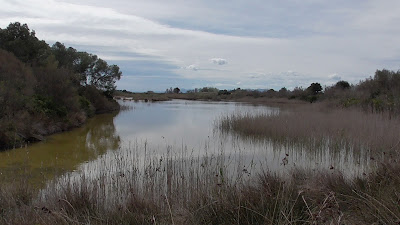 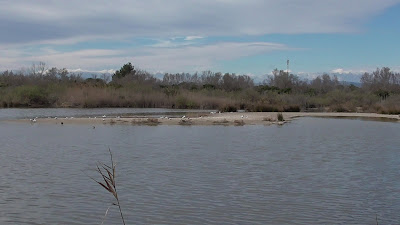 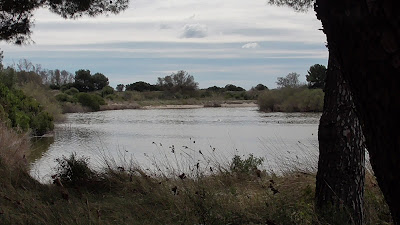 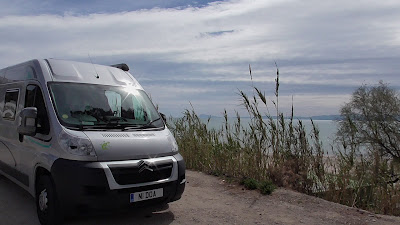