Nido’s back by the sea, on an aire called Taray Camper Park, just across the road from the beach in Puntas de Calnegre.   Taray Camper Park’s a posh name for what is basically a large gravel and stone car park with a service point, at €6 per night.

It was another windy and very cold night in Ricote (although cold is relative when I look at the temperatures back home) - clear skies and sunny when I got up, but only 5’C.  Watered up and waste dumped. we drove back down the hairpins and were soon on the motorway, heading for our next stop.  I took a wrong lane coming off at the slip road, but this was fortuitous, as I came across a fuel station with diesel at only €1.089 per litre. Back in the right direction, we again soon turned off onto narrower roads, passing through miles and miles of agricultural land.  It was really depressing to plastic covering the land as far as the eye could see, both in the form of poly tunnels and cloches - all because we want to eat exotic fruits and salads out of season.  It was evident a large migrant population provide the labour force and I would imagine their living and working conditions aren’t great.  We needed some groceries, but were far from the land of the supermarket, but eventually came across a small shop in a hamlet.  It was run by a delightful man (I guess from the Middle East), who helpfully pointed out all the items we asked for - another shop that sold all we needed. We asked if he had any fresh chicken, upon which he opened a fridge door to show two freshly killed, still whole and complete with head.  Some may find this squeamish, but after living in Pakistan, where we used to select the live chicken we wanted and leave the butcher to ‘prepare’ it, this felt really normal to us.  He kindly chopped it into small portions, bones and all.  It was lovely to practice our Spanish (I guess not his first language either) in a calm, slow and relaxing fashion.  We much prefer these kinds of shops to the large supermarkets.  As I thanked him he said ‘you’re welcome’ back to me in Urdu, so I thanked him again and said goodbye in Urdu too - it made our day to be helped by such a lovely man.

As we reached the coast we followed the beach road, past a small village with a few bars and restaurants, before turning off into the aire. There was a chain barrier across the entrance and Cathy got out to move it so we could drive in.  A British lady in a large motorhome ran across to take our money and explain where we could and could not park; it’s a basic gravel motorhome park with no marked bays, so I nodded and then parked where I wanted to!  Nido is again the smallest van in the park, with some real monsters around us; I would not want to try and navigate them around some of the small villages and steep hairpin bends.  Lunch was enjoyed outside in the sunshine,  although we still had to shelter from what was a strong and chilly offshore wind.  We took a walk along the beach, which was stony in some parts but mostly comprised of tiny stones (or large grains of sand - take your pick!).  Further down one end by the cliffs we were sheltered from the wind, so I had a snooze in the warm sunshine while Cathy mooched up and down the beach looking for treasure (sea glass and pottery).  It was our first warm day on the beach and we soaked up the sunshine.  On the way down we noticed a few panel vans like ours were wild camping right by the beach.  In future I think we’ll drive past our intended stop and check out the area beforehand, as they really did have a prime spot to enjoy the sea view and sunset.  We took the footpath along the cliff to a small cove, then turned back to walk up to the other end towards the small village.  The couple of restaurants were still serving later lunch diners, plus the little ‘locals’ bar across the road still had a few old chaps sat outside, chatting loudly and nursing a beer.

Dinner tonight was a concoction of the chicken, a scrumped lemon, fried sliced potatoes, onion, garlic and pepper, plus one of the dried smoked peppers I bought in Ricote, with some of the wild herbs picked on our walk.  It came together well into a (sort of ) tagine, washed down with a glass of the local ‘brick’ of wine (1L for €0.89).  It’s very quiet and dark here so we should sleep well.  I’d emailed a campsite near Granada earlier to book a couple of nights next week, as we wanted to visit the Alhambra Palace and Gardens in Granada.  They confirmed almost by return, so I tried to book the Alhambra tickets.  The first attempt showed all tickets booked up until the end of April. On a second attempt (on an incognito web page), our selected date of 27 March was available.  I filled in all the details online and at the end it told me I’d already bought my allocated number of tickets this month!  Someone is telling us we not visiting Alhambra this trip; as much as we’d like to see it, we’re not that fussed and they’ll always be somewhere else to go.  Perhaps someone is trying to tell us the crowds and noise of the city of Granada are not for us.  We’re staying here for another night tomorrow, so I can get out for a long bike ride and Cathy can explore more of the beach.  Now Granada’s off the agenda, we’ll continue to make our way down the coast, popping inland if somewhere takes our fancy. 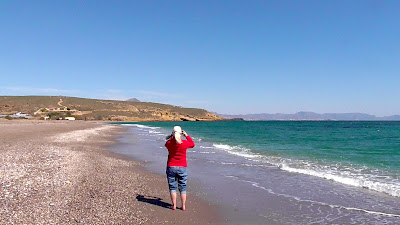 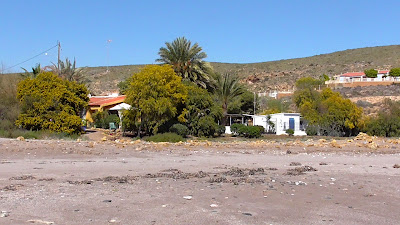 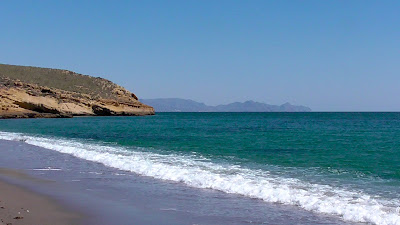 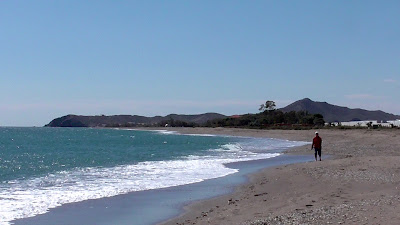 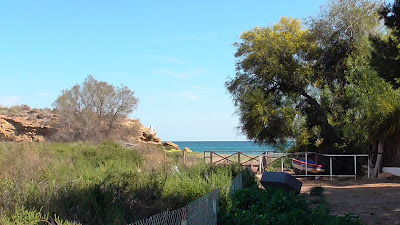 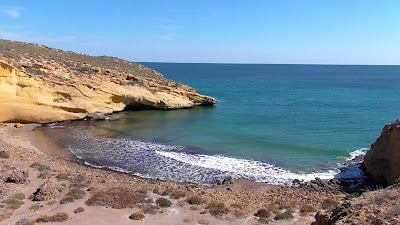 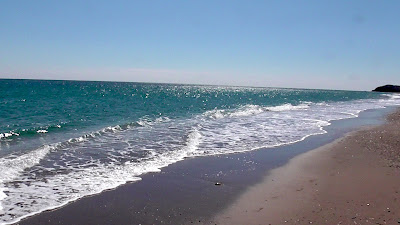