We’re parked up in Blaye, on the Gironde Estuary, under the imposing walls of the Citadelle de Blaye.  It's a basic aire with no facilities, €3 for 24 hours, with a great view over the estuary and town, plus the Citadelle behind.  Our friends Steph and Ian (who got us into this camper van life!) recommended it as a good place to stay.  Plus it avoided the stress of driving around (or in to) Bordeaux.  There’s a ferry just one minute away (I can see it from here) that will take us over the Estuary to Lamarque and onwards to the Atlantic coast, then we’ll bimble down to Spain in slower time.

Last night’s aire was supposed to be €7.70 per night, with someone coming around to collect the money….only they didn’t!  So we had a lovely, quiet overnight, with free electricity and water. The money saved will go towards the cost of tomorrow’s ferry - all part of the adventure.  This was the first morning the cab windows weren’t covered in condensation, an indication of the increasing outside temperature.

We arrived at Blaye at about 1130 and after lunch explored the Citadelle, which is free to enter. Although the shops and tourist information office inside the walls were closed, the hotel restaurant and small bistro were open and doing a good trade.  There’s also a campsite inside the walls (for tents) open from 1 April until the end of September.  It was a bit cloudy and grey with the odd ray of sunshine, but still warm enough to wander around in a t-shirt.  The Citadelle has stood the test of time and it’s clear to see how easy it would be to defend any attackers.  It was built by the great military engineer Vauban, but has never seen action.  It was however used as a military HQ in WW1.  It’s definitely worth a visit.  Blaye is a typical ‘waterside’ town, with plenty of places to eat and shop, although many are closed at the moment until the new season kicks in.  Blaye was a port of the Gaul Santones in pre-Roman times and the Romans built a fort on the current Citadelle site.  The town played a crucial role in the wars against the English and the French Wars of Religion.

The aire is now rammed with very large motorhomes, all French except one Brit - in a massive Concord towing a smart car.  Our little Nido looks tiny in comparison.  Most are driven by the older generation, who gather in small groups to have a chat and a look around. An older, beaten up but obviously well used motorhome pulled up alongside us. We had a very friendly smile and wave from the young, boho couple.  Their cat, sat on cushions in the window at the back, gave us a bored look before settling down again and their two dogs have taken charge of the cab seats.  The neds have been flying past the adjoining road in their tinny hatchbacks, yelling out of the window and doing doughnuts at the end of the road….before going home for their tea!  It just goes to show that it takes all sorts to make a world; there are clearly some characters gathered here tonight.  For dinner, Cathy made a lovely tuna, potato, egg, onion and lettuce salad, accompanied by the last of today’s baguette and a glass of rose.  I suspect we’ll be tucked up with a good book by sundown - that’s how we roll!  The alarm’s set for an early start tomorrow, so we can catch the 0900 Ferry and keep heading south.  Onwards to the sea! 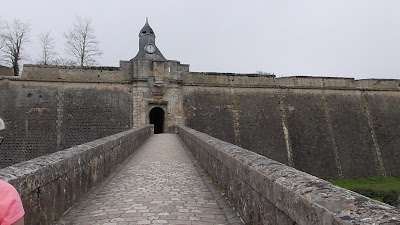 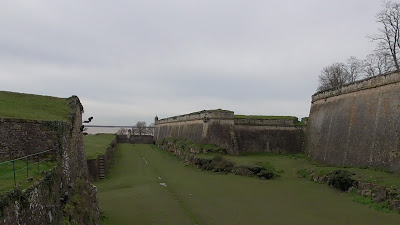 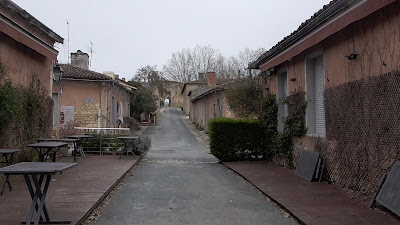 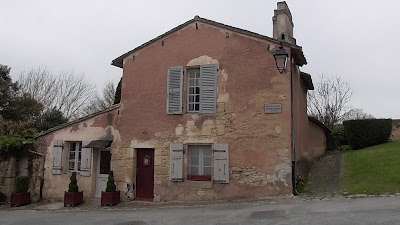 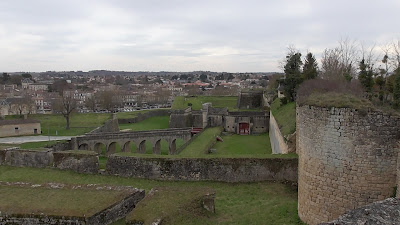 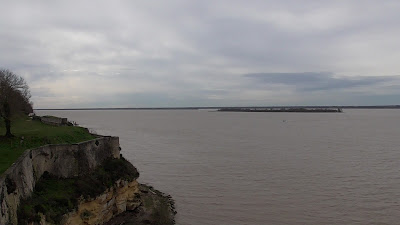