Montjoi and a country walk

Nido’s parked up at an aire in the ‘Village Fleurie’ of Montjoi. It’s a lovely place, on a hilltop with 360 views across trees and rolling countryside.  We left Saint Antoine and drove to Saint Nicolas de la Grave. The aire was right in the small town and it sounded interesting, as the chateau was once the home of Richard the Lionheart and the town was the birthplace of Mr Cadillac, who went on to form Detroit and kick off the car building industry in that city.  We had a wander around but it didn’t take long to do the circuit.  We needed some diesel and food, so we headed for an Intermarche not far away.  I eventually managed to fill with diesel, using an ultra-sensitive pump that kept thinking the van was full and cutting out - it took about 10 minutes to fill up, during which several other customers came along to also try, swore (in French I guess!), slammed the pump back in its socket and drove off.  The Intermarche was undergoing a major refit so was closed, the Le Clerc was a depot for picking up internet orders, so we ended up in Lidl!

This brought us to Montjoi.  The aires book didn’t do it justice.  The village is on a hill, with the inevitable church (with a very loud bell) and an arched entrance to the main housing.  There were two small streets, running parallel to each other, with a view narrow alleys bisecting.  The terraced houses I would guess are medieval and the roads between cobbled. There are no shops or bars and the one restaurant - like the few art galleries - was closed until the summer.  We came across the village lavoir; there were lots of newts sat on the bottom of the clear washing pool.  A circular walk of about 8km was advertised from the village, following red signs.  We started off well but the signs soon stopped!  Luckily we’d taken a photo of the route so were able, after several dead-ends, to follow the route through fields, along quiet lanes and by a lake.  It’s easy to forget how lucky we are with Ordnance Survey maps.

Back at the van, we enjoyed a hot shower and I cooked the dinner Cathy had prepped this morning - vegetable fajitas. When we arrived we were alone but two French A Class vans have since turned up.  Despite that it’s really quiet and peaceful - birdsong and the church bells.  Another lovely stop in a beautiful village in the French countryside. 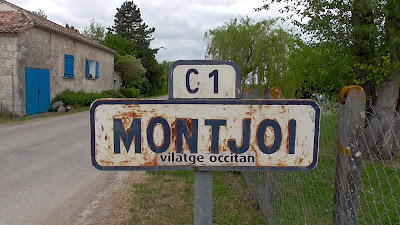 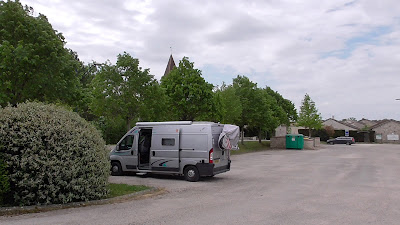 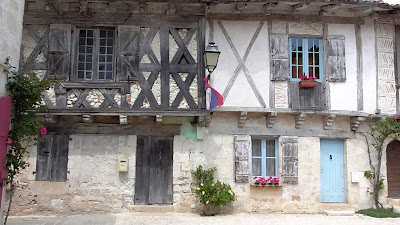 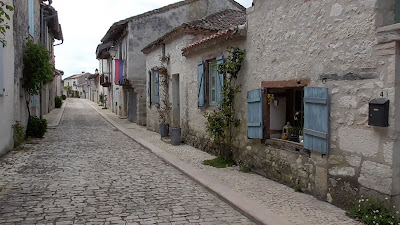 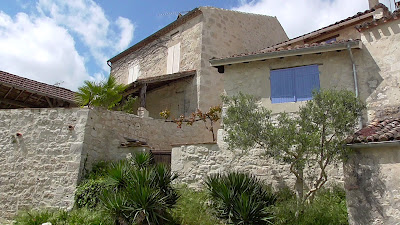 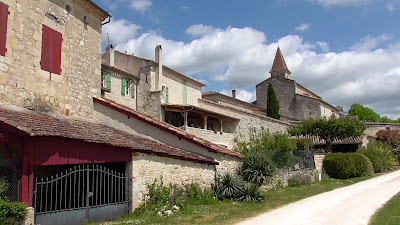 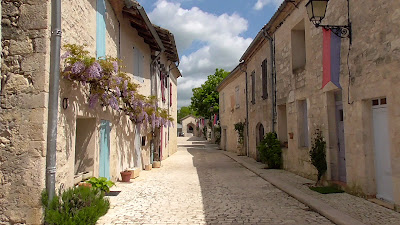 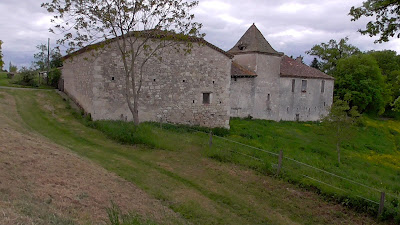