Nido’s wild camping at a car park above the beach at Playa de Cadavedo.  It’s a lovely, quiet spot, down a narrow winding lane, surrounded by cliffs.  There’s plenty of room to park, with picnic benches, BBQ pits and even a fresh water tap.  The beach is mainly large pebbles, but sandy when the tide’s out.  There’s only us and one small camper van here; the waves are loud as they roll the large pebbles below us.  The sun’s set behind us and we’re enjoying the view out to the sea and jagged rocks along the coastline.

It was warm and sunny when we woke this morning and the bread man unexpectedly turned up - bonus.  We swapped a few messages with Nicola and Chris as they took Ivel the Cat to the cargo area and they prepared for their flight to Washington DC; they should be there by now.  We’re both proud and happy for them and pleased they’re so independent, but we felt a little sad today that we won’t see them for quite a while. Still, Skype and WhatsApp will keep us in touch.  We said our goodbyes to Graham and Lynne; it’s always possible we’ll bump into them again as we all slowly head north.  I’d plugged in some co-ords for a stopover in Cudillera, but we needed some groceries, so stopped at a large Mercadona supermarket on the way.  It’s always interesting to see what’s being sold in foreign supermarkets and there’s some really nice produce and very cheap too.  Amongst the usual stuff, we bought some cooked large prawns (which we enjoyed for lunch) and some rabbit (imagine that in Morrisons!) for a paella tomorrow.  With a late lunch we haven’t bothered with dinner - we really need to eat a bit less and exercise a bit more at the moment!  The recent poor weather hasn’t helped, but now it’s sunny we’re determined to get out and walk a lot more.  We’re also taking a break from alcohol - it’s very cheap here and easy to have a drink every evening, not a good idea.  So we’re currently enjoying ‘fake news’ G&Ts - tonic water with lemon peel and crushed juniper berries - not too bad!

We spent some of the afternoon down on the beach, intending to have a swim, but again the rough waves put us off. I have a healthy respect for the power of the sea and there’s no RNLI in Spain to rescue those that take risks.  The rest of the day was spent reading in the sunshine.  Cathy went for a walk later on, passed the small mill and up a track to a lovely wooden cottage with garden, overlooking the beach.  Tomorrow we’ll continue to head East, skipping along the coast while the weather’s good.  Or we may pop inland to do some serious walking, particularly as we’re very close to the Picos de Europa mountain range.  Let’s see how we feel in the morning! 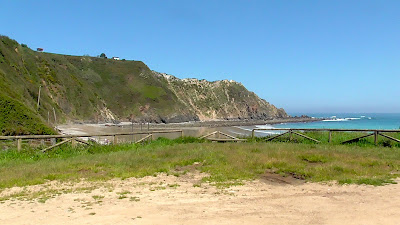 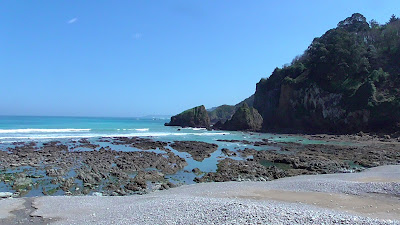 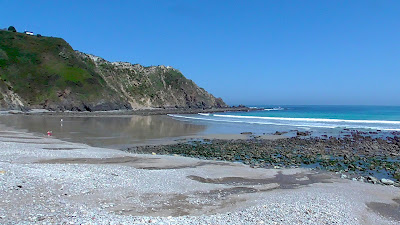 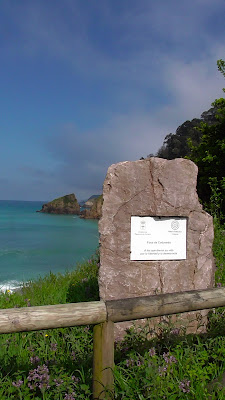