The beauty and power of the west coast

We woke to rain but a break in the weather allowed us to get out and quickly explore the area.  There were cliffs all around us with the surf pounding against the rocks from the Atlantic swell, despite there being no wind at all.  Cathy went on a little further while I returned to the van to make us egg and bacon butties for breakfast; she returned just as the heavens opened again.  After some food shopping we drove a few miles out to the dramatic cliff-fringed Cabo de Sao Vicente - Cape St Vincent - which is the most south-western point of mainland Europe.  The Romans called this Promontorium Sacrum and thought the sun plunged nightly into the sea here.  The sunsets here must be amazing.  There’s no health and safety here, with the cliffs plunging about 300 feet down into the Atlantic swell and surf.  There were a few fishermen perched on the cliff edge and they were catching fish!

We followed the west coast heading north.  The countryside here is beautiful - green, rolling hills with a bio-diversity of trees, shrubs and flowers, plus lots of well looked after fields.  We passed through cork forests, small hamlets and rocky coves, where a multitude of campervans of all shapes, sizes and ages rested - this is more our kind of place.  As we drove along we saw the surf in the distance and turned off to Praia da Borderia, a spectacular beach backed by giant dunes, a tiny river (which we waded across) and crashing surf.  It’s a surfers’ paradise; we parked up with the other camper vans and had lunch before crossing the river and walking across the dunes to reach the sea.  The waves were awesome, particularly just to the south and, after walking along the beach, we followed the wooden boardwalk up and over to the headland.  From here we were awestruck by the large Atlantic swell crashing into the rocks, throwing white water hundreds of feet into the air.  Combined with the huge rollers, the energy of the sea was incredible.  It was hard to pull ourselves away, but we walked back to the van and carried on along the coast. Again we detoured off to Praia de Arrifina. Unlike the last place, this was more of a millionaire’s surfing resort - high-end bistros and restaurants - and campervans definitely not welcome.

So onwards a few miles to our final destination today - the town of Aljezur.  It’s set back from the coast and we crossed the bridge (past the main street) and parked by the river.  The more interesting historic centre spreads uphill via a network of steep, narrow cobbled streets.  We walked up these, past the whitewashed cottages to the remains of an 11th Century Moorish castle.  Back to the bottom, it was raining again, so we hid in the van until later when I popped out to a lovely little pizzeria for some takeaway.

We’ve definitely warmed to Portugal.  It’s much greener, softer and friendlier than southern Spain.  The countryside is lush and beautiful and well-cared for and the west coast is simply stunning.  The people also seem friendly and at ease. 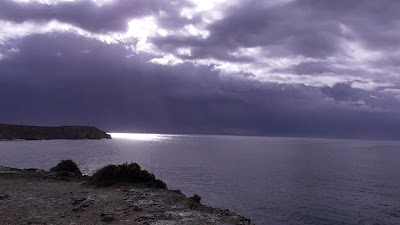 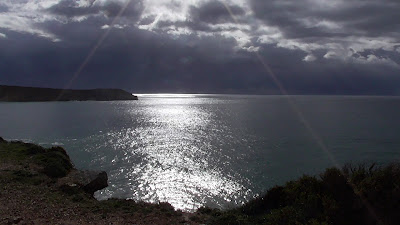 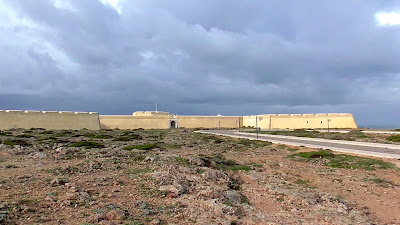 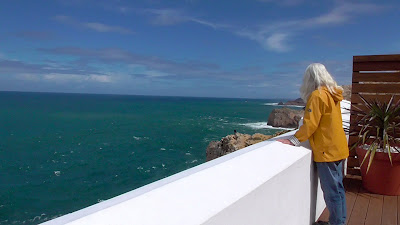 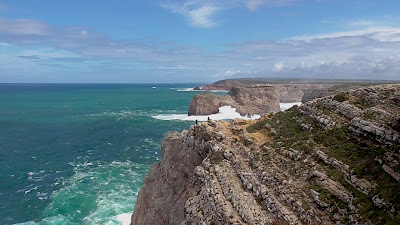 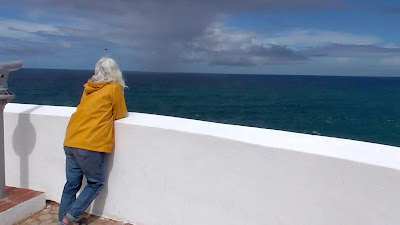 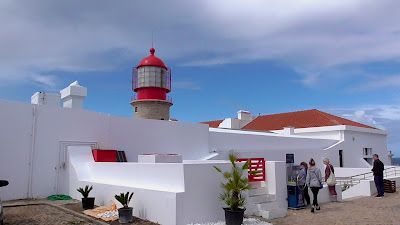 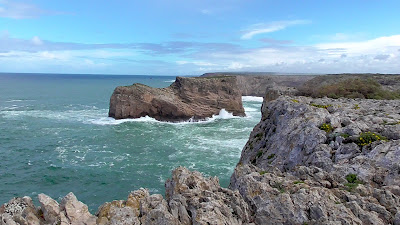 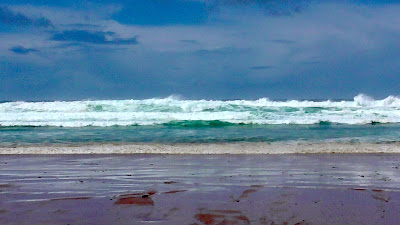 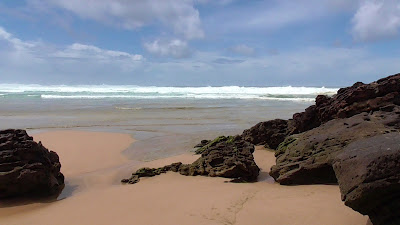 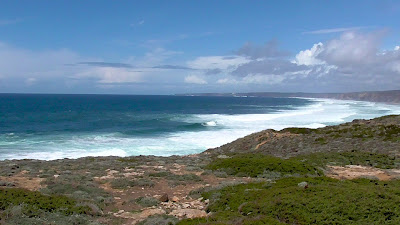 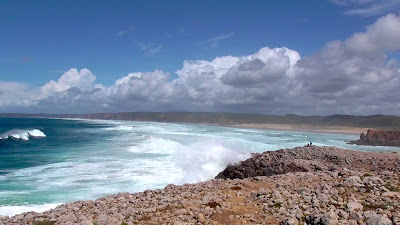 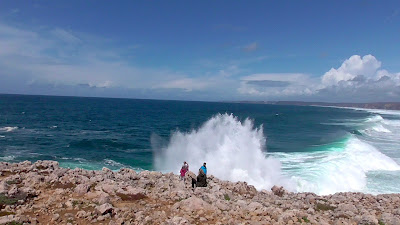 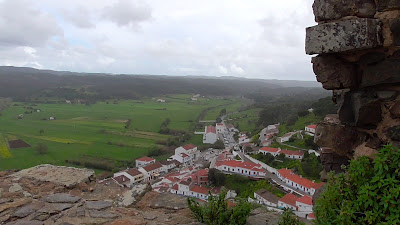