We’re still in Porto Covo.  It was a rough night - very strong winds and torrential rain.  When I popped out first thing to buy some bread, the sandy football pitch we were parked on had several large puddles.  I popped into the local cafe to try and buy some rolls but he directed me to the little shop around the corner.  So instead I bought some cakes (for later on) and a quick espresso, stood at the bar; I think that qualified me to purchase some rolls as some freshly baked ones appeared and were offered!  I watched an older guy come in and have his breakfast - a small sweet bun and a bottle of Sagres lager!
It was fairly cool when we stepped out for a walk around the village, but by the time we’d explored the streets and the small fishing harbour, the sky was clearing and the rest of the day’s been unbroken sunshine. The fishing harbour looked a little sad. It looks unused now but it wasn’t hard to imagine the hustle, bustle and banter of the fishermen as they landed their catch or mended their nets. I have no idea how they entered or left however, as the tidal swell and large breaking waves were literally just outside the small breakwater; I really couldn’t see how a small boat could survive that.

Our walk took us south along a well-signposted coastal path, past several small coves and inlets, many frothing with the bacterial foam that’s constantly being washed ashore, looking like the top of a very frothy coffee. We stopped off at a couple of the beaches to cool our feet and just chill out, before reaching the much larger beach of Ilha do Pessegueiro (Peach Tree Island). The name applies to the mainland beach, another beautiful duned stretch of sand sitting below a small sixteenth-century fort and a restaurant. There’s an island a few hundred metres offshore, with the matching ruins of another fort.  We stopped off at the restaurant for lunch, the only customers on a quiet Monday afternoon. The old lady who served us spoke no English and our Portuguese isn’t much better, but luckily they had an English menu.  We shared two mains of codfish croquettes and fried calamari (large strips of squid rather than the rings normally served), both came with salad, but one with chips and one with rice.  It was delicious but Cathy took the mickey out of me for eating the half and half (chips and rice) combo that I’m always disparaging!   We followed a different marked footpath back to Porto Cove, slightly inland and passing grass verges and fields bursting with a diverse variety of plant-life.  This makes Portugal so much different to Spain, where chemicals seem to have killed off much of the local flora.

Back at the van, we sat in the sunshine with a brew, until the cooling wind drove us inside, although the sun is still shining brightly.  We’re moving on tomorrow, inland for a few days. The weather forecast’s a bit changeable but hopefully we’ll find some interesting and quiet places to explore and stay over. 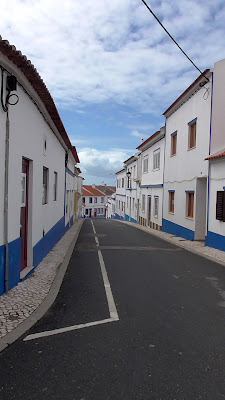 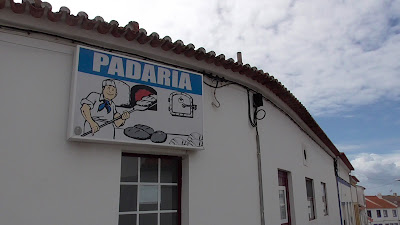 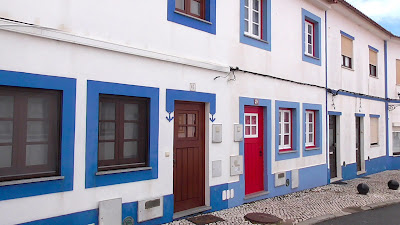 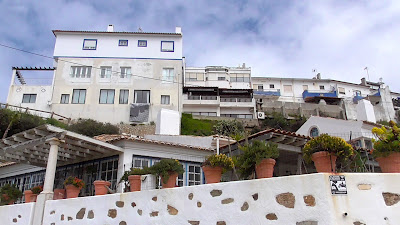 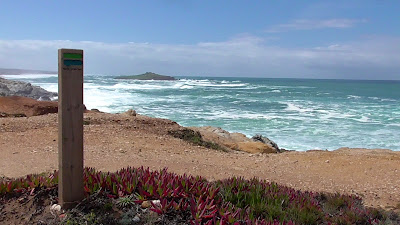 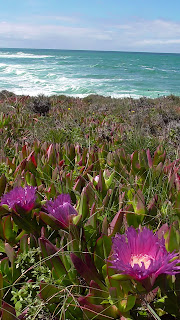 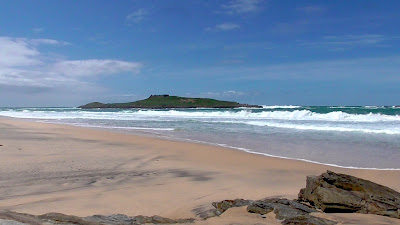 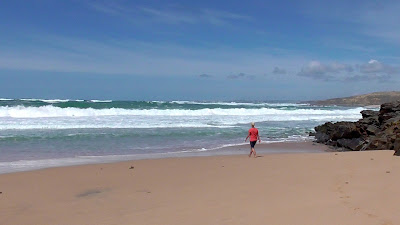 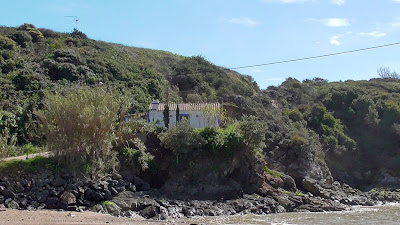