We seem to be in an internet black-hole at Mikki’s Place.  Not only doesn’t their wifi work (met with a shrug of their dry-humoured Dutch shoulders) but our phones are struggling to achieve one bar of 2/3G.  No bother, I’ll flash up the Mifi, but even that doesn’t want to play.  I think the Portuguese equivalent of GCHQ are jamming this place (and I don’t mean Bob Marley jamming).  So until we escape the clutches of this EMP take-down, daily blog updates are on hold.  Talking of Bob (and I don’t mean Marley), Cathy has taken to calling me this, coupled with a little snigger.  I’ve finally found out, only by refusing to cook her tea until she told me, that it stands for ‘Baldy Old Bugger’.  The cheek - I’m not old.

Anyway back to today.  I bimbled over to the cafe/bar this morning to buy C some croissants for her breakfast.  There weren’t enough for both of us so I had to put up with dry, dusty muesli and skimmed milk.  I hate skimmed milk; it’s not even milk, it’s wet white stuff pretending to be milk.  It’s my own fault - on our first shopping expedition in Portugal we needed milk and I hadn’t yet worked out what semi-skinned is, so I picked up a carton that looked semi-skimmed (must have been the colour of the carton).  I’ll soldier on until it’s gone (unless it mysteriously gets washed away in the night).  Talking of milk, UHT has come a long way since the days of that disgusting stuff the milkman used to deliver, in a glass bottle with a ‘coke’ lid.  It’s actually OK if chilled-down.

Anyway, back to today.  We broke camp, leaving a table, a clothes airer, a cloth and the levellers on our pitch - OUR PITCH SO KEEP OFF!  I had the co-ords for a car park by a beach at Praia de Marinha, a mere 20 minutes along roads that make the dusty, pit-holed, IED-laden tracks of Helmand Province seem like the top of a billiard table. We arrived to see various signs telling us motorhomes/campervans were not welcome and would be towed away - well FU!.  Off to the next beach at Praia de Benagil, only to find the car parks all had 2m high barriers.  I was starting to suspect they didn’t want our custom.  On the way out we spotted a few motorhomes wild camping just off the road, so turned in and found a lovely spot to park up, surrounded by others. There was some windscreen glass lying around, so clearly the Portuguese Pikies had ‘visited’ other vans in the past to lighten their payload.  Hence the Strikeback Growler alarm was set to stun, the blue LED lights brightly blinking their message of ‘come on then if you think you’re hard enough’.

There was a well marked path that took us from the village of Benagil, heading east along the coastal path.  We passed several fenced-off blowholes and some spectacular cliffs which had been severely eroded over the years.  For the first time in days (or perhaps a whole month), the incessantly strong winds had disappeared and there was very little in the the way of breeze; I’d almost say it was a little too hot for walking!  About 25 minutes in we reached Praia de Marinha, where we initially failed to park.  It was quite busy with tourists who had the audacity to take a week off during the Easter break and crowd out the beach - how very dare they!  We made our way down and spent most of the day enjoying the sunshine and watching various children, parents and bronzed adonis’ being thrown about in the crashing goffers (Navy speak for waves) like clothes in a washing machine.  Oh, how we tittered.  Then we decided we’d give it a try. It started well with a sandy strand-line, but just at the point the waves broke, it was hard and slippery rocks underneath.  Combined with the shallow water, it made for a painful entry into the sea (and even more painful exit, mainly a**e over t*t), but we stuck with it, as the coarse sand stuck to us (only later in the shower would I find how well it had stuck).  Not content with being almost drowned and our skin flayed the first time, we went in later and did it all again. Still, we enjoyed watching the cute little children being knocked over by the huge waves and receding wash, parents (who were seconds before pouting for selfies) frantically grabbing the flailing arms or legs of their little darlings.  Did I tell you about the time we want to watch ‘Chitty Chitty Bang Bang the Musical’.  Out of the whole theatre, only us two cheered when the Child Catcher appeared!  It helped that he was played by Alvin Stardust (RIP), but even then we drew some disapproving looks and tut-tuts.

The walk back to the van in the hot afternoon sun took longer than I would have liked and we enjoyed the cool breeze driving back to Mikki’s Place, via a quick stop at Aldi (I’m sorry if you’re sat reading this at home in temperatures below 10’C….actually I’m not really sorry!).  Showered and Cathy having dhobyed some clothes, we hung them around the outside of the van and the surrounding lemon trees to dry.  I cooked us chicken fried rice for dinner and we sat outside as the sun set, listening to the cicadas.  The bar was buzzing again with the oldies spending their pensions on hooch, and why not.

We’re moving on tomorrow, probably to a wild camping spot near the sea, before perhaps heading inland for a couple of days for some peace and quiet and walking. 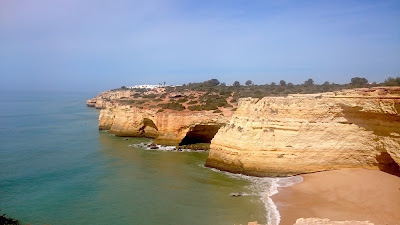 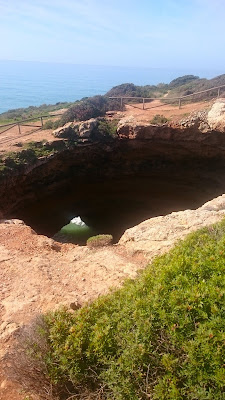 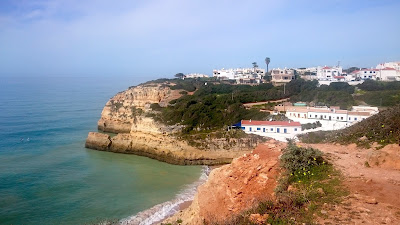 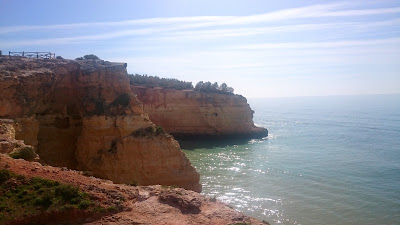 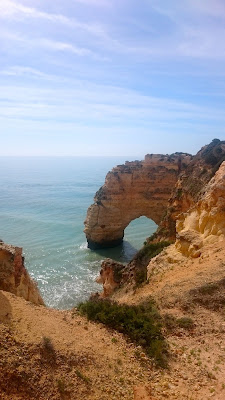 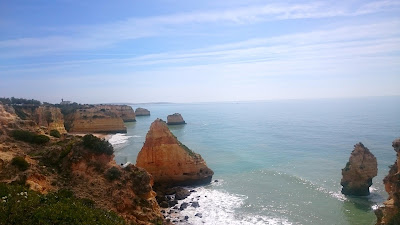 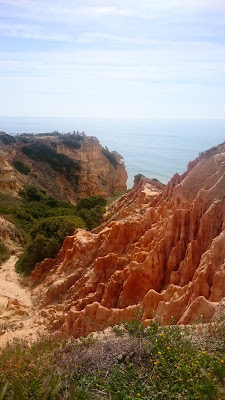 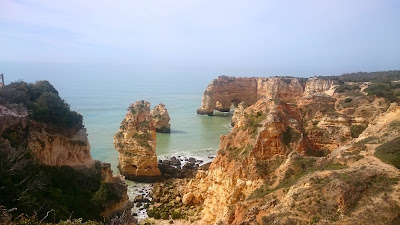 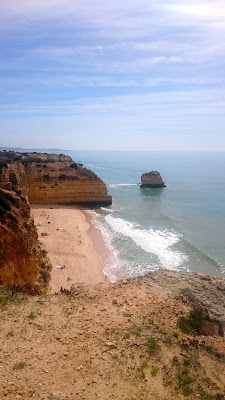