We're parked in an Aire in the village of La Roque Gageac, right next to the Dordogne river in the Dordogne region.  It's a beautiful spot with the river one one side and high cliffs on the other.  The old houses and the chateau, which shelter under the overhanging cliffs, are made of a lovely ochre-coloured sandstone, with steep, sometimes turreted slate rooves. There are also a number of large caves above the houses which suggests some troglodyte occupation in the past. There about 12 other vans here, with room for 20, but if it was full it'd be very cosy and we wouldn't get out until those around us shifted.

We had planned to stay at another Aire in the village of Domme, but on arrival we saw all the pitches are heavily sloped, not even our ramps would have helped.  So we plugged in the co-ordinates for another, in the village of Montfort Vitrac, again next to the river.  But there were no signs or sight of the Aire, despite trying every road leading off the main road.  We think it no longer exists - maybe the local campsite owner pressurised the Marie to shut it down.  So instead we headed 8 minutes up the road to this one and I'm so glad we did as it's beautiful and peaceful - Third Time Lucky.

We were awake early this morning and, after a quick brew, drove off, planning to head for Rodez.  On the way we stopped off at the McDonalds in Millau to use their free wifi to upload the blog and send & receive emails.  The wifi was good but the food was rubbish! We stopped off in Rodez for lunch, the capital of the Aveyron region, with a large hill-top cathedral and old town.  We were expecting to find old squares filled with restaurants, but there was a distinct lack of eateries.  We ended up in a 'British' pub, but eating great French food, plus the Criterium du Dauphine bike race was on Eurosport - result!

We had planned to stay near the medieval village of Conques tonight, which was famous for being on the pilgrim route to Santiago de Compostela. However it had turned cloudy and it was starting to rain heavily, so we decided to continue to head west whilst the weather was dodgy.  And so now we're enjoying the peace and quiet.  It's still cloudy, although it's breaking and it's very warm out - thunderstorm weather?

Today on our journey we passed the village of Roquefort, famous for the cheese which gives you dreams if eaten in excess, plus the town of Agen, famous for the prunes which give you the sh..... - er keep you regular - if eaten in excess.  We're now in foie gras, confit de canard and walnut country.  Oh and Bergerac wine.  I had to buy a bottle to get change for the parking meter, otherwise I wouldn't have bothered - honest!

This evening, we took a pre-dinner stroll up the tiny alleyways between and above the houses.  There is some beautiful planting, including palm trees and huge bamboos, as well as many grapevines.  With roses, honeysuckle and jasmine, Cathy tells me the scent was amazing (I still have no sense of taste or smell, which is killing my gastronomic experience).  We're now back at the van, having eating a light meal and enjoying a glass of fizz.  There's two French families opposite, with an awning between their vans and large dining table under, enjoying a noisy but fun-filled dinner.  It's nice to see them having fun and the children running around, much better than Those Caravan People, or TCPs as they're now known to us!  Tomorrow we want to take a walk along the river before breakfast and then maybe visit Jardins de Marqueyssac, about 6km from here, sitting high on the cliffs overlooking the Dordogne and our current Aire.  After that we'll decide where to head next, but I think we'll stay in this area, or certainly around maybe Bergerac for a couple of days - it's lovely.

Thought for the day: What's the etiquette for waving at other motorhomes as they drive past?  We were waved at on our first day in France and now reciprocate, waving at all vans we pass.  Some return the wave (or beat us to it), some don't, or perhaps they just don't see it.  And does the type of wave signify something?  Some wave frantically as if to say "isn't this fun!?", same give a full palm out hand raise (like a policeman signalling you to stop) and some just raise one finger whilst their hand stays on the steering wheel (are these the experienced, cool camper vanners who have passed the advanced waving course?). I also wonder if the TCPs wave to each other - they certainly like shouting on campsites. 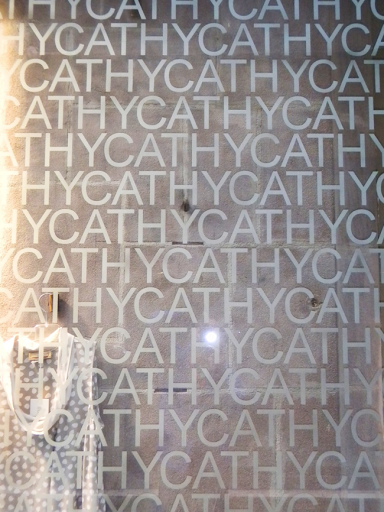 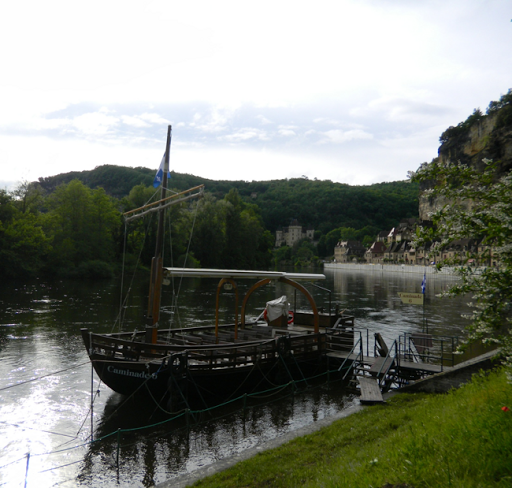 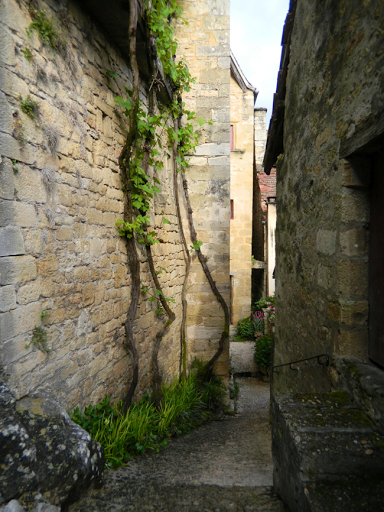 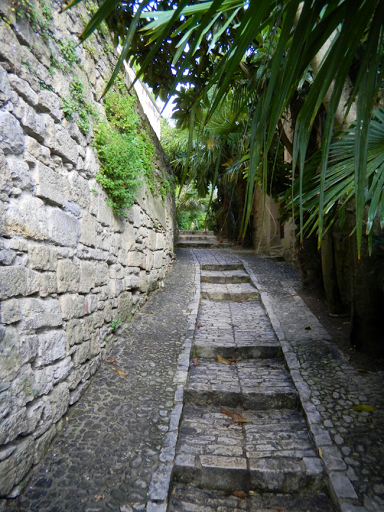 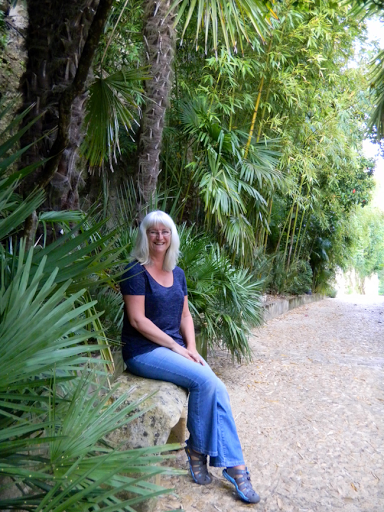 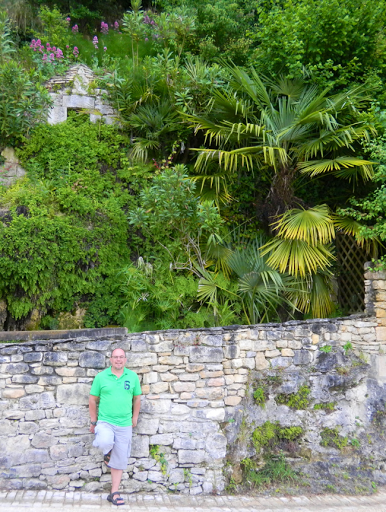 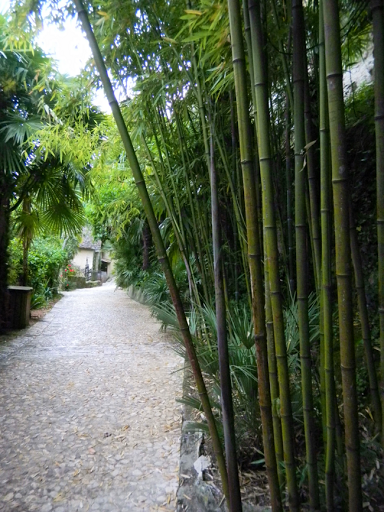 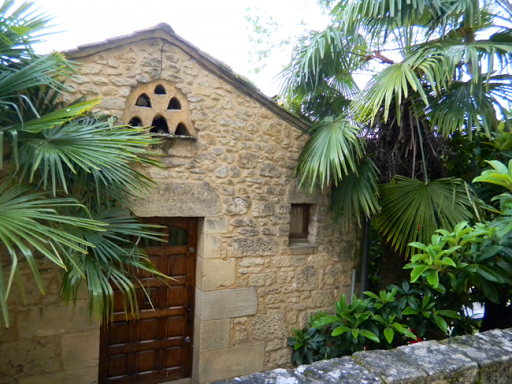 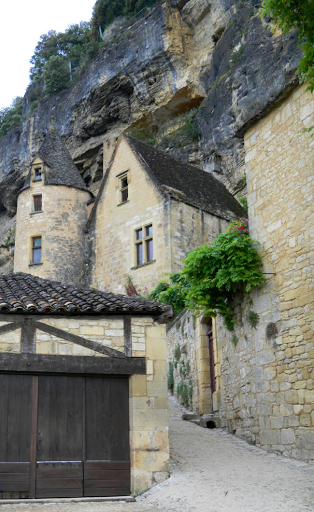 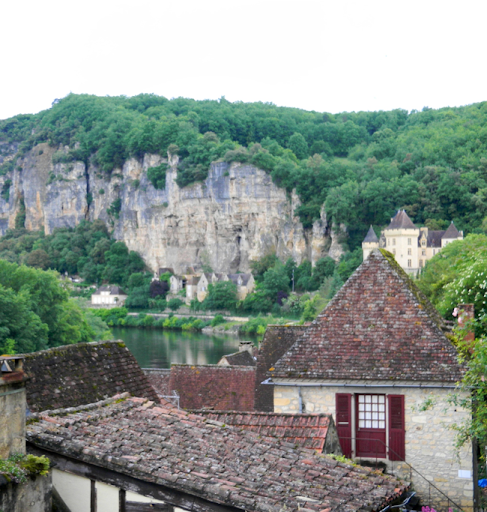 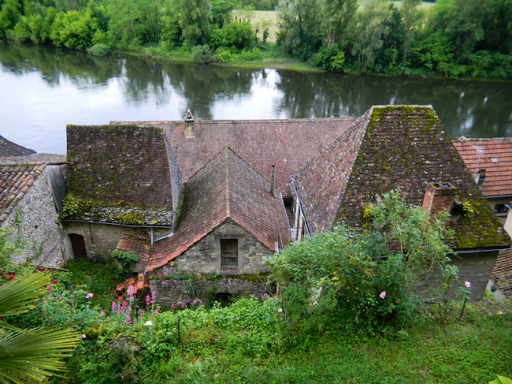 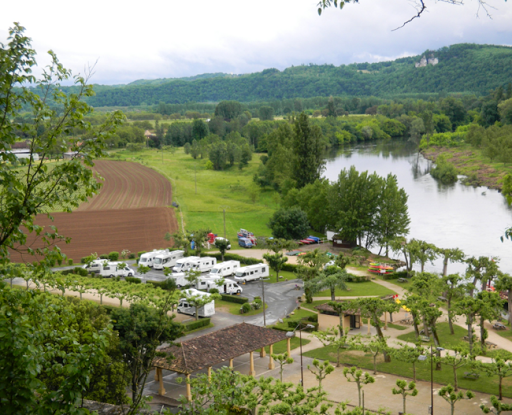 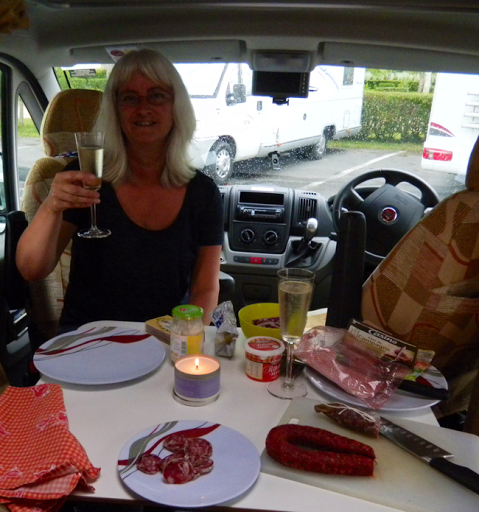 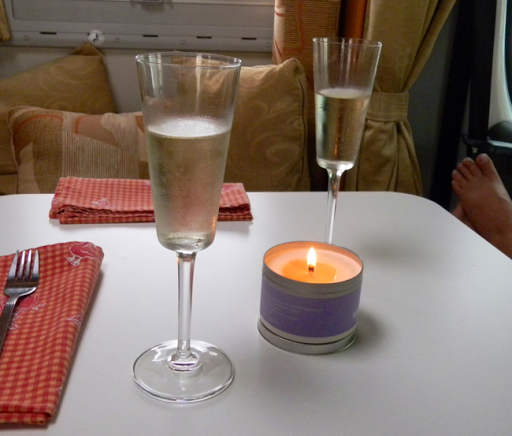