Passing Off with pride

Yesterday we attended Chris' Passing Off Parade at ATR Pirbright.  He and his fellow recruits have worked extremely hard over the past 14 weeks, starting as wet behind the ears civvies and finishing as trained soldiers.  They've learnt to live and fight in the field, shoot, apply first aid, casevac wounded colleagues, clean, iron, march, tab, run - in fact anything a soldier needs to do.

We stayed overnight in Farnborough and the next morning drove to the camp. On arrival we waited with other families by the NAAFI before moving to the parade square seating.  One of the Corporals was the 'warm-up act', getting us to practice our cheering and clapping!  Then we had to give three loud cheers, which was the signal for the Royal Logistics Corps band to strike up and commence the March On.

As the band appeared and the two platoons marched on, the cheers and clapping clearly did it's job - we could see the pride in their faces.  Once in position the Inspecting Officer, Brigadier Davies, OBE, MC inspected the platoons.  He stopped to talk to Chris, asking him which regiment he's joining and whether he'd enjoyed his training. Once the platoons were inspected they marched forward for the prize winners to collect their trophies.

The Brigadier then spoke to them all to congratulate them and tell them they were now professional soldiers and part of the Army family.  After a few prayers from the 'Bish' they formed up for the March Past.  I think we both filled up as they marched past the dais, with cheering, clapping and a few tears!

After that we returned to the NAAFI where Chris finally joined us, so we could congratulate him and I could buy him his first pint in 7 weeks! We went for lunch in the cookhouse and then he went off to clear up the block and bring his bags down.  Finally he escaped from Pirbright to head home, once we finally fought our way through the Friday motorway traffic.

It was a great day. We are immensely proud of his achievements, but more pleased for him. He's overcome many hurdles over the years to get to this point and has shown true grit, determination and courage to get to the end of Phase 1 training; another 30 potential recruits will have failed for everyone one that achieves.  Chris now has a couple of weeks off before reporting to the Armoured Corps Training Regiment in Bovington, Dorset, for 6 months of trade training.  After that he'll join his regiment in Hohne, Germany.

But now, he's no longer Recruit Jackson - he is now Trooper Jackson, 9th/12th Lancers.  And we're very proud of him! 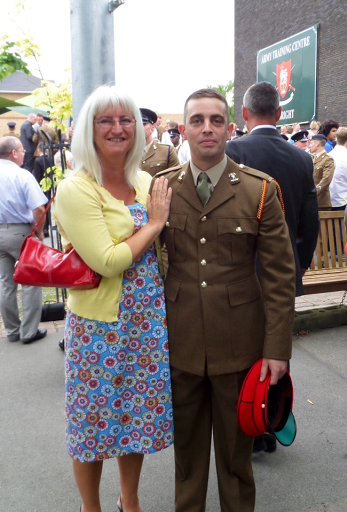 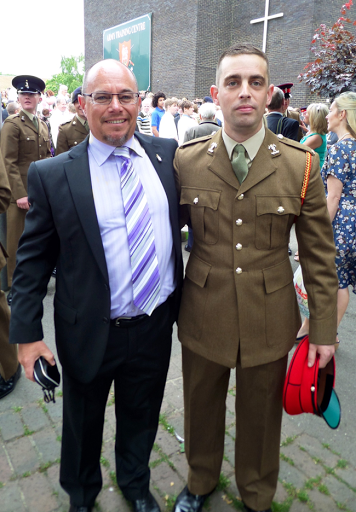 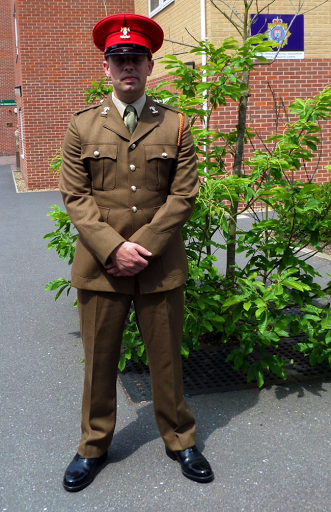 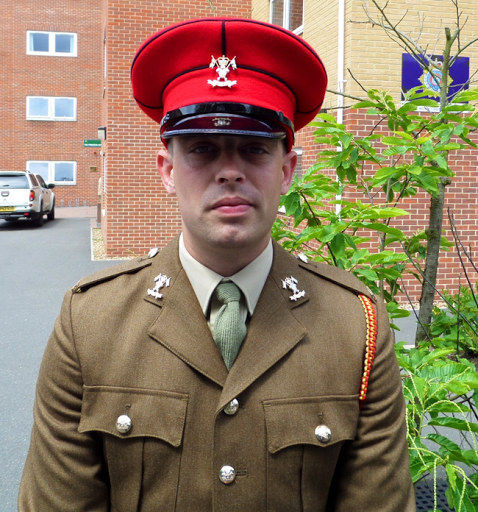 Email ThisBlogThis!Share to TwitterShare to FacebookShare to Pinterest
Labels: Army