On the road to Marrakesh - via Giverny

We're parked in an Aire outside the town of Forges Les Eaux. It's a small site on concrete for 24 vans, next to a campsite and overlooking open fields with wooded hills in the distance. It's pleasant enough at €7.30 per night including unmetered electricity.  It's about a 15 minute walk from the town.  There are a few British vans here so I wonder if it's a site for those just arrived by ferry from Dieppe or Le Havre, or a last stop for those about to return home.

I was up early this morning and out to grab our lunchtime baguette.  I even beat the Boulangerie, so went for a wander until they opened at 0730.  Breakfasted, secured and emptied, we headed off for our next stop - Monet's House & Gardens in Giverny.  It started to rain on the way and, by the time we parked up at the Gardens, it was raining "chats et chiens".  So we had a leisurely lunch and a chill out and headed out to explore about an hour later, once the rain had eased off.

The house where Claude Monet lived from 1883 until his death in 1926 remains much as he left it - complete with the famous lily pond - 20km south of Les Andelys near the north bank of the Seine.  We paid our entrance fee under the withering stare of thebhumourless staff and first took a look at the art exhibition.  Sadly, none of Monet's original paintings are on display and the viewing of those available we're spoilt by hoards of rug-rats, sat cross-legged on the floor in front of all the paintings, yawning and fidgeting as their teacher tried to force some culture into their minds. So we left there and headed for the house & gardens.

Having again braved the staff (do they all go to "be miserable" customer care school?), we made our way to the water garden and the famous water lilies and bridges.  Despite the rain and the crowds, the gardens were beautiful.  Some plants had already gone over, some were yet to bloom, but some where in their full, colourful, scented glory.  We walked around gazing at the views and taking loads of (iPhone) photos.  We then moved on to the herbaceous borders in front of the house.  These were truly stunning with myriad mixed colours, forms, shapes and sizes.  This is Cathy's perfect planting form and we both loved it. The tour guides and their followers were a bit of a pain, blocking the pathways, but we played the old gits' game and grumpily pushed our way through!

Monet's house was a bit of a disappointment - Cathy said it smelled of wee - I'm grateful again for my complete lack of smell at the moment! The house itself is a long, two-storey structure, painted pastel pink with green shutters.  A few of the rooms, including his bedroom and bathroom have been recently renovated and all are crammed floor to ceiling with Monet's collection of Japanese prints - it just didn't look right. Most of the original furnishings are gone, but you get a sense of how they might have been with the dining room walls and fittings painted a bright yellow.  The huge kitchen range was a sight to see and Cathy even got one over the house guides by breaking the "NO PHOTOS INSIDE THE HOUSE" rule, taking one from his bedroom balcony window overlooking the garden.  Monet's huge studio, built in 1915, where he painted the last and largest of his many depictions of water lilies, now serves as the book & gift shop.  We bought a calendar to hang for next year.

Returning to the van, we set off for tonight's stop - a journey of about 1.5 hours. When we arrived the sun was shining, so hooked up to the electricity, we walked into town to get some dinner.  Forges Les Eaux is well worth missing! A few of the local dropouts were slouched in the main square. We had a walk around and found little of interest, although we did find a Moroccan restaurant - result.  We walked up to a bar near the town square for an aperitif, then back for some spicy food.  The restaurant was immaculate, although empty when we arrived. We ordered starters, which never arrived (and we were not charged for either!), for main Cathy ordered lamb tagine with tomatoes and raisins, I had couscous with a vegetable sauce and a mix of beef kebab, lamb, chicken & merguez sausage.  We had this with a surprisingly good Moroccan red wine.  Cathy finished with an orange salad and I had a coffee - a very enjoyable and filling meal. We walked back to the Aire for a cup of tea.  Cathy's now reading in bed and I've researched places to head to for lunch tomorrow before finding an Aire very close to Le Shuttle in Calais for our final night in France. Time for sleep now. 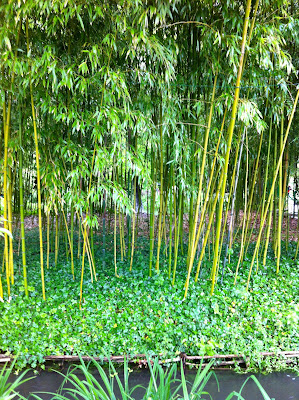 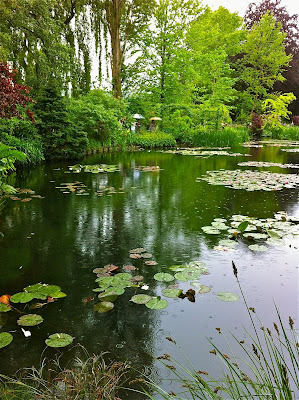 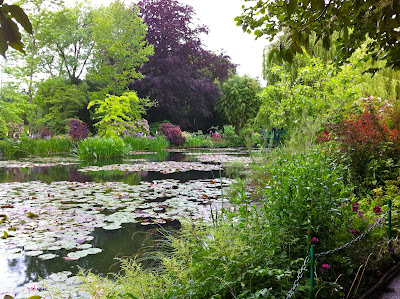 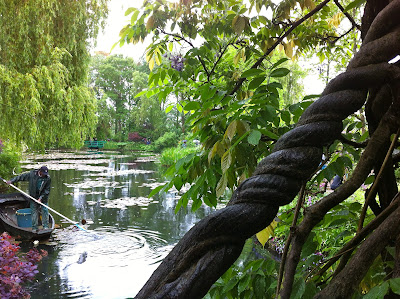 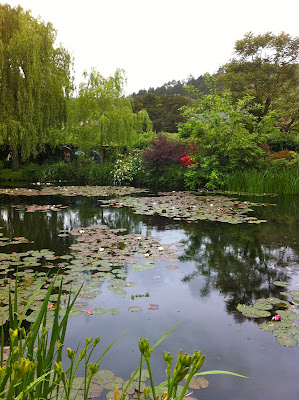 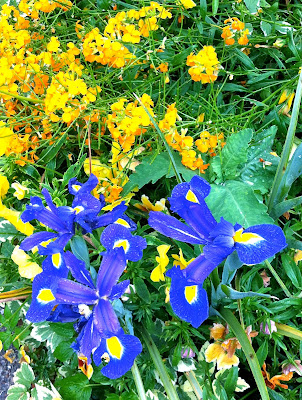 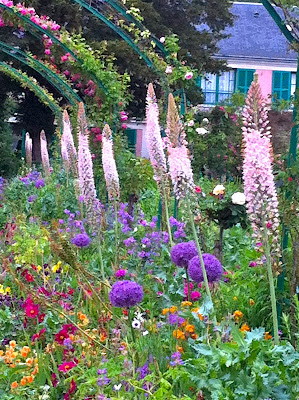 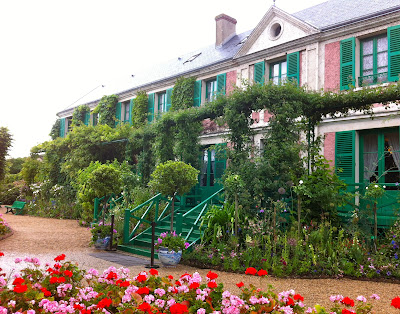 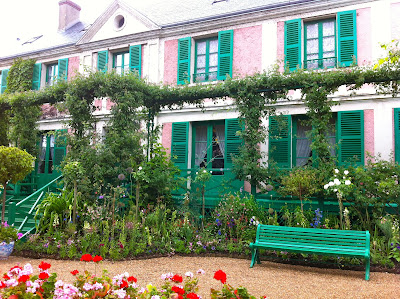 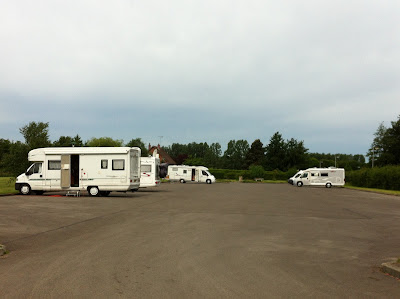 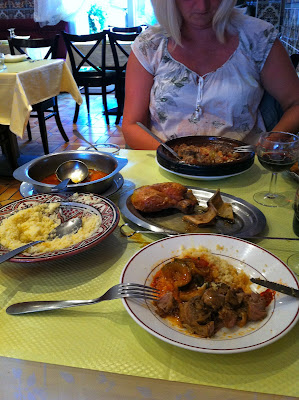