A time to reflect

We're parked up at an Aire alongside the river at Mareuil sur Ay.  It's small with only 8 spaces and there were only 3 spaces left when we arrived at about 1245.  Judging by the number of motorhomes that arrived and left disappointed, it's clearly popular. We have a lovely view over the canal and the sun is still shining at 2100.

We were awake at 0515 this morning to clear blue skies and, after a quick breakfast, we packed up and left the car park in Cite Europe at 0730.  It was a fairly long drive today - 5 hours - but we wanted to head south towards the sunshine.  Not long after leaving Calais, the many Commonwealth War Graves signs reminded us that we were in the area that saw much fighting in World War One. Although we've seen the cemeteries on the TV and in books, the first one we saw for real took our breath away.  The sight of so many gravestones, perfectly aligned and so well tended, is a stark reminder of the pain and futility of war.  We stopped at the Cabaret Rouge British Military Cemetery, just outside the village of Souchez. We took a quiet walk around in clear blue skies with skylarks singing above us - it was very peaceful. Most of the dead were in their early 20s.  They had been buried with their mates from the same regiment. What was even more poignant was the vast number of graves of unknown soldiers. We only covered one small area of the cemetery and this was only one of many hundreds of similar cemeteries, but we wanted to pay our respects in some small way.  We carried on with our journey south and as we past one of the final, large cemeteries, Emilie Sande's version of 'Imagine' started to play on the iPod.  A fitting finale to a sobering and reflective morning.

We carried on south, entering the champagne region and into the city of Reims.  As we passed,the champagne houses of Tattinger and Veuve Cliquout, I had to fight hard to keep Cathy locked in the motorhome to prevent her leaping out and scaling their walls!  We carried on, past the town of Epernay before arriving in Mareuil sur Ay. Although it's a fairly small village, it's surrounded by vine covered hills and there are many champagne houses in the village.  Sadly, like most things in France on a Sunday, they were all shut!  After a quick lunch of pâté, rillette, cheese & baguette, we took our chairs and kindles and spent the afternoon reading and snoozing by the riverside.  Later in the early evening we had a walk around the village to stick our noses through the large, wrought iron gates of the champagne houses and returned to the motorhome for something to eat.  As the sun sets, the wind has dropped and we're ready for sleep.  Tomorrow's first job is to find somewhere to buy a Jeton token so we can top up with fresh water.  Then we'll empty tanks and be on our way.  I've not felt like a bike ride yet. With two long driving days I think I'll go my first spin in a couple of days, when I'm feeling a little more relaxed and in the holiday zone.  Tomorrow we plan to meet up with some friends who run a Tea Shop in a small village by the Canal near Dijon. So it'll be another fairly long day in transit but we'll be a few hours further south and several degrees warmer! 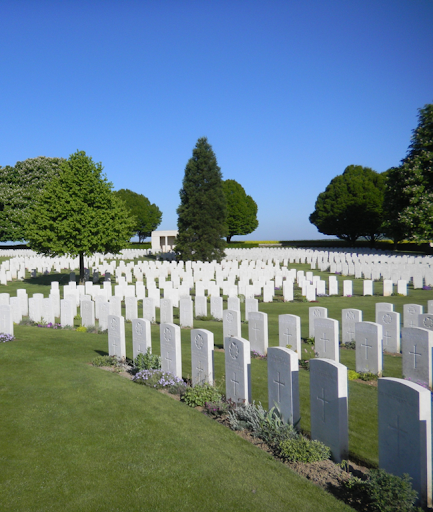 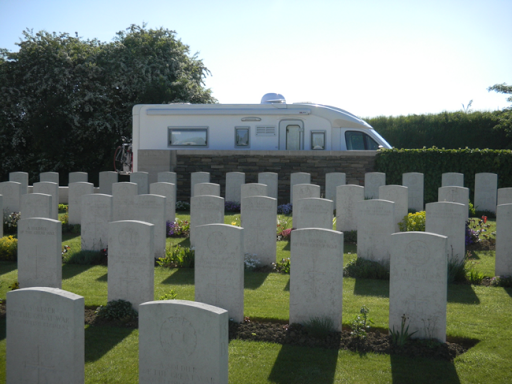 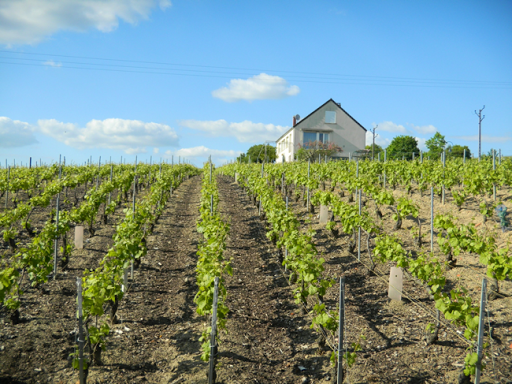 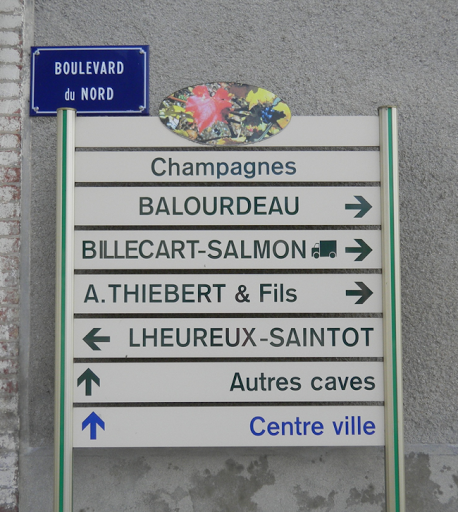 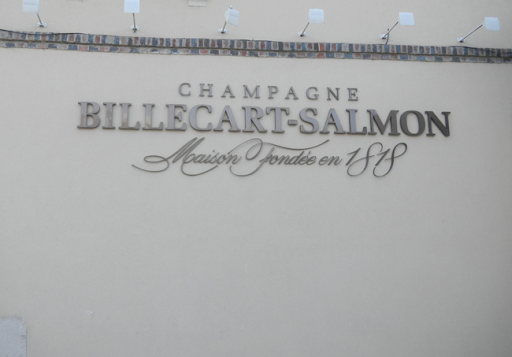 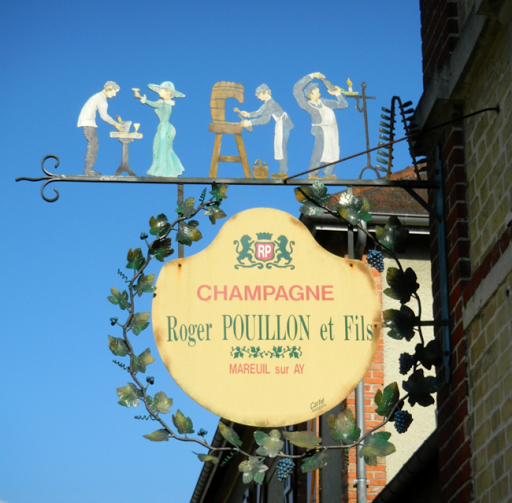 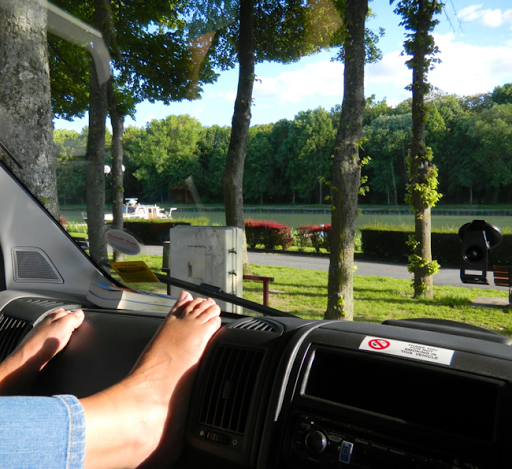