Heading for the Hills

We're on a ACSI campsite called Le Viginet, just outside the village of St Nectaire, in the region of Puy de Dome, Auvergne.

I woke up feeling a little tender this morning thanks to the very generous hospitality of Jacqui and Andy.  To say we were well fed and watered is an understatement.  Following Kir Royale in the garden, we enjoyed another glass inside their living room, which used to be the village shop.  It's a wonderful old house that has been lovingly restored, yet retains some great original features, such as the shop floor tiles  and wooden counter area floors.  They also have a large basement where lots of wine is stored for someone who runs a Chambre d'Hote boat on the canal.  It was a lovely evening with delicious food, good wine and plenty of tales of our Navy days, with much eye-rolling from Jacqui & Cathy as the long-suffering wives!  Thank you Jacqui & Andy for making us so welcome in your home and looking after us so well.  Good luck with the shop and any other venture you turn your hand to.

As we had to be off the port car park by 0900 (so said the harbourmaster - I think! - when he knocked on our door at 0815) we decided to have breakfast later after finding a boulangerie. So we headed off towards Clermont-Ferrand and the volcanic mountains of the Massif Central.  It was another 4 hour drive, but this time we knew we'd be heading for the mountains and warmer weather. We drove through Vichy and just a few miles short of the campsite, stopped off in the village of Champieux, built alongside a fast flowing river.  We'd seen a small, old chateau on a hill above the river, surrounded by old-walls containing lovely potagers.  So we parked in the motorhome aire and walked back into the village. We climbed the steep narrow streets and eventually joined a rough path that led to old stone steps.  It was here that the tiny potagers were, built on small terraces up against the rocks and old walls.  They contained mainly flowers and herbs,  plus a few fruit trees and bushes.  At the very top was the very old Chateau de Marchidial.  It wasn't open but the views over Champieux and the surrounding hills was lovely.  It helped that the hot sun beamed down on us!  Heading back to the motorhome we stopped off at Intermarche to top up our victuals before driving to the campsite.

The site is nestled on the hillside, surrounded by trees and with individual pitches separated by hedges.  It's very quiet and peaceful, the sun is shining and the cicadas are chirping.  The electric's plugged in, we've had a brew, Cathy's made the tomato & onion salad and I've readied the BBQ for lamb chops and merguez sausages.  I just about passed the Krypton Factor testing of assembling the outdoor table - I should have asked Ian for a demo! - and I'll be in cooking mode shortly.  There's wi-fi here so after dinner we'll wander up to the reception to post these blog entries.  After a very enjoyable night last night, with plenty of alcohol and laughter I think we'll both sleep really well tonight.  I had thought about a bike ride tomorrow, but the steep mountain roads will be too much for me.  I'll have to wait until we find somewhere flatter.  Tomorrow we're thinking of heading towards the Ardeche. It might be a bit chilly for wild swimming - let's see...... 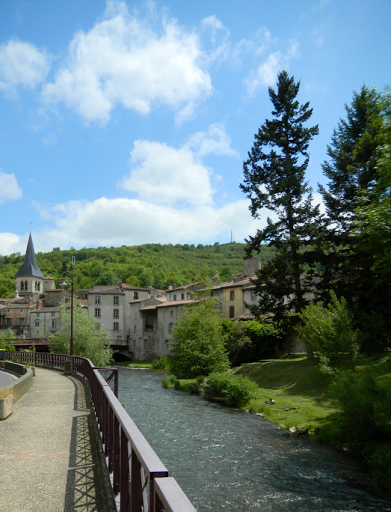 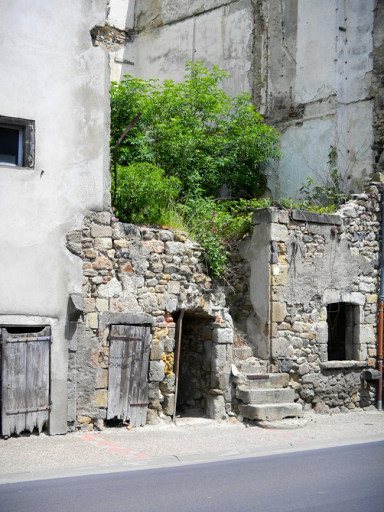 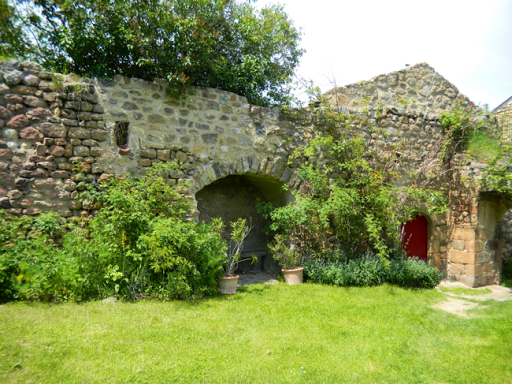 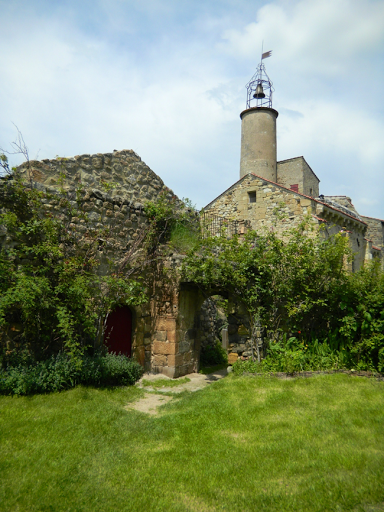 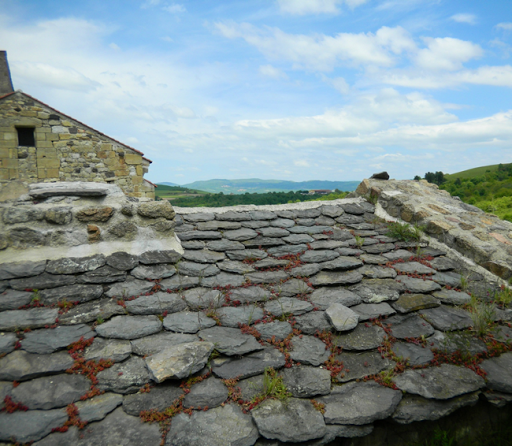