Well, that title got your attention didn't it?  Wash out your dirty minds!  We're parked on an ACSI campsite in the village of Brantome, in the Perigord Vert region of the Dordogne.  It's a lovely, peaceful spot and we're about 30 ft from the River Dronne.  This is one of the best chub rivers in France and I didn't bring my fishing tackle!

The reason for the title is this is our second campsite this trip and Cathy is most definitely unimpressed with the ablutions, particularly as the shower cubicles are mixed! Combine this with luke warm showers and no room to swing a cat, she's had enough of campsites and is happy to use the onboard facilities from now on.  The only reasons we came to a campsite were for electric hook-up to charge up our various gadgets - mainly the kindles and camera battery, but also to grab some wi-fi time. This site has wi-fi coverage all over, so I'm sat in the van under full lighting writing this. Normally I'd be typing in darkness to save our batteries.

We both woke at about 0700 this morning, mainly due to the village church bells going all Tourettes on us - I counted the dongs (ooh er missus!) and stopped counting at 23, so decided it was time to get up.  Cathy wanted to go off for a walk and do some sketching and I wanted to head out on the bike.  She had a great walk above the town and apparently could have walked for miles in the countryside - definitely something we'll do when we return.  But it was her turn for morning baguette fetching, so she cut short her travels.  I headed out following the Dordogne, out of the village and into open countryside.  It was rolling hills so the short inclines were followed by some fast, freewheeling fun.  I was out for about an hour and covered about 17 miles. The scenery was glorious - honeycomb-coloured stone buildings between the river and the cliffs, plus many chateaux high up on the hills.  Returning to the van I had a chat with the elderly couple in the van next door.  They spend half the year in the Isle of Man, and the remaining half living in their house outside Limoges, plus travelling in their motorhome - sounds idyllic.  After breakfast of eggs and baguette I cleaned the bike, sprayed it with WD40 and fastened it back on the rack at the back of the van.  A quick shower, fluids topped upped and emptied, we headed off.

After buying a few victuals for the day, we drove up the hill to Jardins de Marqueyssac, just a couple of km away.  The gardens and chateaux sit on top of a wooded gorge that rises above the Dordogne.  It's quirky and maze-like, reminding me a little of Portmerion. Although the gardens were originally laid out in the seventeenth century, they were extensively restored in the 1990s.  Three paths lead through the grounds to the Belvedere, jutting out from the cliff with fantastic views over the river towards La Roque-Gageac and, in the opposite direction, Castelnaud.  We spent a few hours wandering around - it was very warm and sultry and, although sunny, we expected rain.

Leaving the gardens we headed North West towards our current stop in Brantome. This is one of the most tranquil and beautiful parts of the Dordogne, with water-lilied and weeping willowed riverside gardens.  Dinner was grilled lamb chops with garlic, rosemary and (Anglesey) sea salt, with a homemade ratatouille.  We plan to have a walk around the town tomorrow before heading off to the Atlantic Coast.  We're ready for some seaside time now and I'm definitely ready for some seafood. The cicadas are in full voice outside, so once I've added the photos and uploaded the blog it'll be time to crash out until Cathy kicks me out in the morning to fetch our breakfast baguette, pre-ordered from reception. 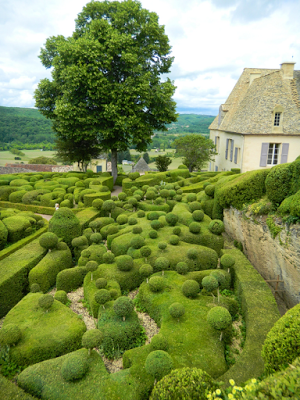 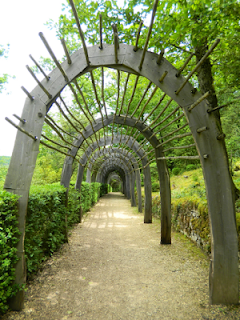 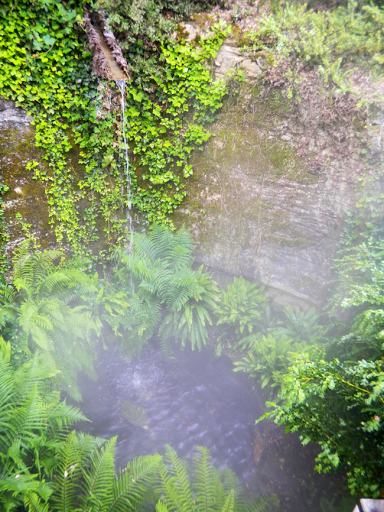 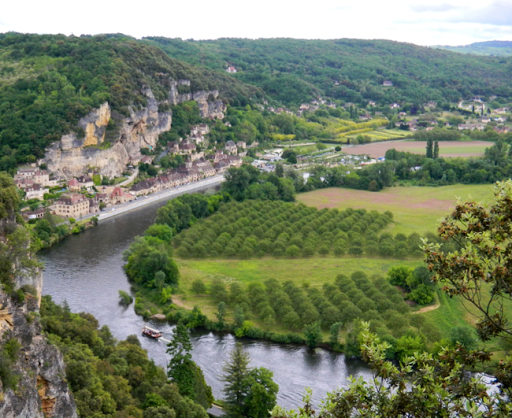 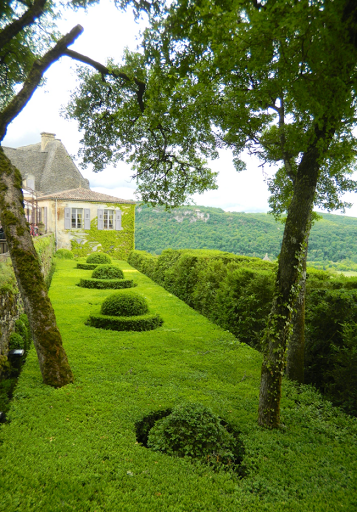 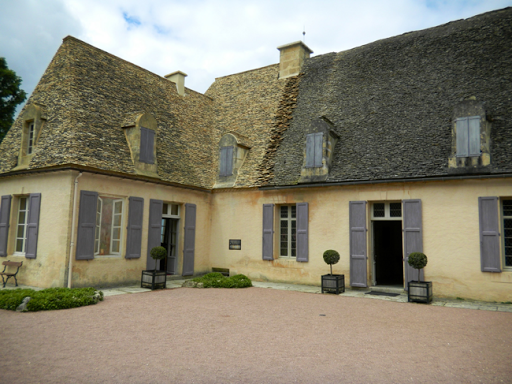 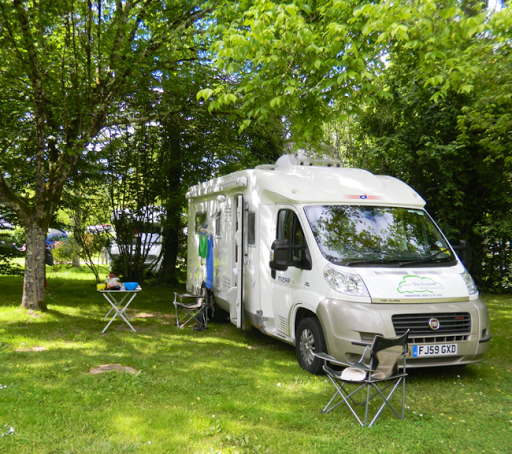