We're parked up on a large Aire just outside the village of St Denis d'Oleron, on the Ile d'Oleron, an island on the Atlantic coast, between Rochefort and Royan.  It's lovely to be beside the seaside again - it's where we belong.  I think our next trip will be coast hopping rather than inland.
Ile d'Oleron is joined to the mainland by a bridge just north of Marennes.  It's France's largest island after Corsica, a laidback, unaffected fishing island and coastal resort. It's a peaceful retreat of a patchwork of little villages, vineyards, pine forests and gleaming muddy tributaries lined with fishing boats.  This is exactly the sort of place we like to visit - it's similar to Ile de Re, but less pretentious - more shabby than chic but in a chilled out way.  Judging by the colour of some of the locals, the weather here has been much better than in some places.  When we arrived the sun was shining with a warm breeze.

That we made it here by 1800 is a bit of a miracle, as "That Woman" inside the Garmin decided to stop recognising lat/longs.  I thought it strange last night when I checked how long it would take to get here by plugging the lat/long into the satnav.  It said 2 hours which seemed too short but a quick look at the map showed a few dual carriageways, so I thought that was bringing the time down. When ready to leave the campsite in the morning I set up the satnav and off we went.  We had music playing as we went so I just followed "That Woman's" directions.  But after a couple of hours I felt we were heading in the wrong direction - I wasn't seeing the road signs I expected to see.  We pulled over and I checked the coordinates again for this Aire - all good.  But "That Woman" was telling us were were only 15 minutes from our destination, yet we were just south of Limoges, way off course by many tens of miles! Luckily I had downloaded a free satnav on to my iPhone - Nav Free France.  This is brilliant and was a life saver.  It even allowed us to set up as an RV to avoid the tiny roads "That Woman" kept taking us down.  We used this to redirect us to Ile d'Oleron and I also kept "That Woman" switched on (but muted thankfully) to compare - by this time she seems to have recognised where she should have sent us. However, she has this annoying habit of taking us through the centre of every town, rather than the 'Autres Directions' by-pass, plus she seemed to want to constantly take us off the main road into shortcut single-track roads.  The rest of the time she was "Re-Calculating"..... But the free iPhone satnav performed well and eventually we reached the Aire. The first one we chose was for 100 vans and facing the sea.  But entry was via credit card payment and it didn't accept my cards, so we had to find another, which is where we are now.

This Aire is very large - it takes up to 170 vans and in fact it's an ex-campsite, so has showers, toilets, washing-up facilities, washing machines and electric hook up - and all for just €9 per day - a bargain. We're pitched close to the facilities which is handy for washing up.  There are about 120 vans here at the moment but it doesn't feel like it as the pitches, although unmarked, are large.  And as it's an Aire, it's all motorhome people - friendly, relaxed and laid back - not like the TCPs!  Also, the emptying and top up facilities are easy to use and accessible - no Relais boxes or Jeton tokens needed.  We will certainly return to this one.  But the thing we love the most is that we're the only British in over a hundred, nearly all being French. And it's been lovely that they're friendly and talk to us and we try to understand and respond.

The Aire is about half a mile from the village of St Denis.  After the stress of being directed off course  by about an extra 3 hours driving, we arrived, plugged in, had a brew and then headed out to find somewhere for a well-deserved drink and dinner.  We walked down into the village, which was very quiet, but by the port and marina a couple of bars and restaurants were open.  We plopped down into chairs outside the first one, overlooking the marina.  Cathy ordered the local aperitif - Pineau, and I ordered the local 'abbaye' blonde beer called Grimbergen.  After a couple of those the world seemed a much softer place! Cathy had an entrecôte steak and I had longed-awaited Moules Frites.  We washed this down with some local Ile d'Oleron rose wine.  By then it was quite cloudy so we walked back to the van for a brew before turning in.

Oh, and to finish off today, I dropped and broke my camera! So after today there won't be any photos until we get home and I can upload from the iPhone camera.  But we hope to have a chilled out day tomorrow, even if the weather is a bit rainy it's still warm enough for shorts, t-shirt and flip-flops.  Plus Cathy is desperate to give the van a good spring clean.  We need a day with no driving.  After this relaxing day we'll be heading north, to reach Calais by Friday night. 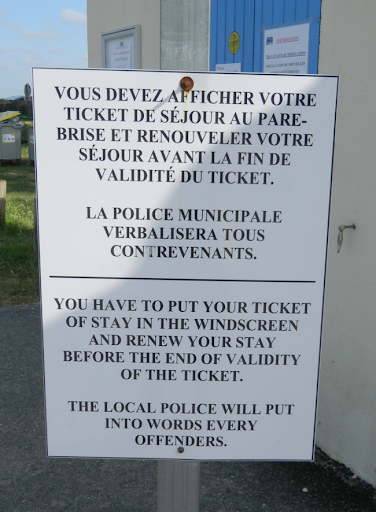 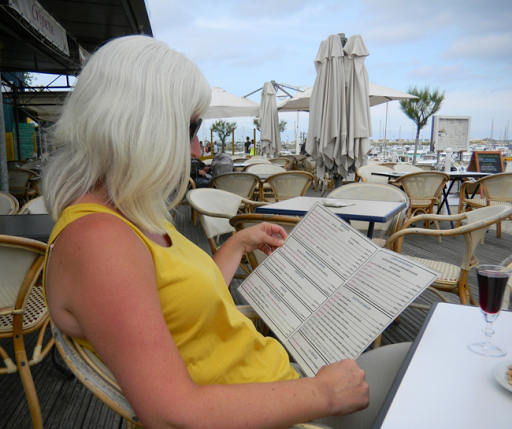 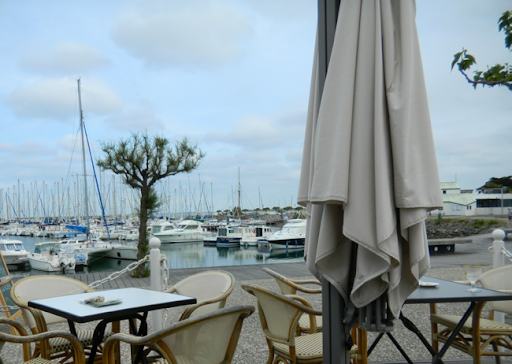 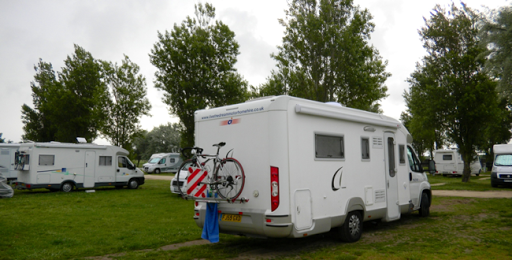