Nido’s parked up on another free aire, this time in Mareuil-sur-Ay, deep in Champagne country.  This was the first proper Aire we ever stayed on back in 2013 on our first French motorhome trip.  It’s next to a lovely river with some large houseboats.  The village is home to several small, family Champagne houses.  After a rainy start this morning, the weather has definitely warmed up - it’s shorts time!

On our way down we stopped off at the town of Laon.  This walled town with several medieval gates, sits on on the spine of a high, narrow ridge, overlooking the plains of Champagne and Picardy.  It has a large gothic cathedral, built in the second half of the twelfth-century.  We parked up alongside the city walls and enjoyed a lunch looking out over the plains.  It was only a short walk into town and the display of coloured umbrellas above the main street leading to the cathedral gave it a festive atmosphere.  Just south of the cathedral on Rue George Ermant is the little octagonal Chapelle des Templiers - the Knights Templar - set in a secluded garden.  Built in 1140, it’s now showing its age, with several large cracks in the wall and entrance to the chapel closed to the public.  Still, it was lovely to sit in the quiet garden and imagine it in its heyday - and it fed my fascination with the Knights Templar.  I hope to come across more evidence of their existence in France over the coming weeks.

There were a few spaces available on the aire at Mareuil-sur-Ay, so we took one under the shade of the trees.  After a cup of tea sat outside on the grass, we walked a circular route along the riverbank and across bridges, followed by a quick wander around the small, quiet village, peering into the courtyards of some of the Champagne houses.  It’s now still and very warm outside as it starts to get dark. Our neighbours were listening to what sounded like the French equivalent of Britain’s Got Talent (not!) on TV, but they’ve now closed up so now only birdsong - and in particular the lovely call of swifts - breaks the silence. 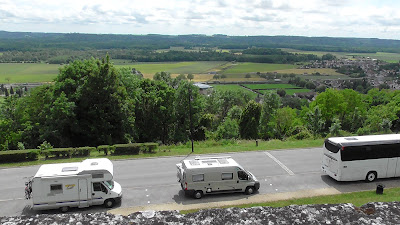 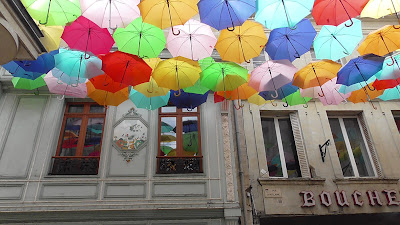 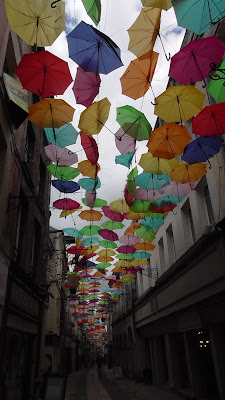 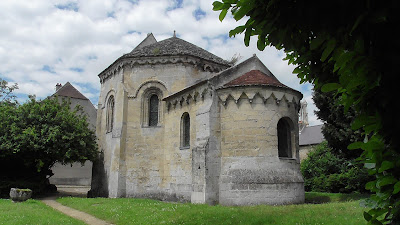