Kayaking in the Verdon Gorge

Nido’s parked back on the aire at Les Salles-sur-Verdon.  There’s still only us and the two Belgian vans that were here when we arrived yesterday.  I think they’ve put down roots; one of the old chaps seems to have injured his leg and is in a wheelchair so perhaps that’s why they’re staying.  I have to say that for €12 a day, it’s a good deal with unlimited electricity, fresh water, shower and toilets and free use of the adjacent hotel’s swimming pool.  The aire owner runs the Total fuel station in front, which also has a shop selling food and drink items, local produce, wines and beers.  Plus the aire has shade…..aagh….. shade!  It’s been very hot today as we’re in the centre of the heatwave plume coming up from Africa - high 30s, maybe even into the 40s today, and getting hotter over the next couple of days.  Having spent the afternoon in the pool and snoozing on the loungers in the shade of the trees, it’s this that’s keeping us here until at least Sunday.  It’s just too hot to be on the road, hoping to find an aire or wild camping spot that’s in the shade, like hundreds of other motorhome owners.  Coupled with the French schools being closed due to the heat, there’s a public holiday feel about the place, with families swimming in the lake and filling the bars and restaurants.  Where we are reminds us a little of Greece, plus we’ve not experienced heat like this since we lived in Pakistan, when the temperature regularly hit the 50s.  Over the last couple of days we’ve even used the van’s cab air conditioning, so it must be hot!  So I’ve booked us in for the next three nights, then we’ll see what Sunday’s like.

It took a long time to get to sleep last night in the hot van - 38’C in the bedroom when we retired.  It did slowly cool and was quite pleasant when we woke at 0700 this morning. I’d set the alarm so we could get on the lake early.  A quick breakfast and we drove into the village as I needed some cash and La Poste Banque had an ATM.  There was a small market in the village square and most of the cafes and restaurants were open serving breakfast.  Les Salles-sur-Verdon is a lovely little village and reminds me of similar places on L’Ile de Re - some quirky bars, affordable bistros and expensive restaurants.  We drove to the large car park we used yesterday and walked down to the guys at Canoe Verdon, where we hired a two person kayak for two hours.  It was only 0900 so we were one of the first on the water and almost had Verdon Gorge to ourselves as we slowly paddled in, looking high up to the grand-canyon-like sides, watching the birds, butterflies and moths and seeing the odd fish plop out in front of us.  We paddled along, in and out of the shade afforded by the high gorge sides, occasionally drifting to take in the sights and reached the return point in the gorge, where we stepped out on the small, muddy beach and had a walk about, before starting the return journey.  By now more people in kayaks and pedalos were making their way up the gorge.  There was a waterfall at one point and, despite Cathy trying to paddle us away, I won out and she enjoyed a cool shower underneath it!  Passing back under the road bridge, we had about 10 minutes remaining on the main lake before returning the kayak.  We loved this boat trip and I would highly recommend it, but go early and beat the crowds.

We stayed by the lake for lunch and found some shade, but it was really hot, so we decided to return to last night’s aire, settle down for a few days on electricity, with the awning out and make the most of the free swimming pool.  It’s really not safe to be out in this weather and there’s no guarantee we’d find somewhere to park up that had shade and allowed us to even sit outside.  We were the only ones at the pool for at least a couple of hours; it was bliss as we swam and snoozed the afternoon away.  Back at the van, it was really hot both in and outside, so after preparing supper, we returned to the pool for another dip and relax under the trees.  Now sat outside at nearly 11pm, it’s still about 28’C; there’s no wind and feels like a night in the tropics.  Cathy’s washed up and put some clothes into soak for rinsing and hanging out tomorrow.  I’ve not even thought about where we’ll head next - I’ll leave it another day before thinking about that.  Tomorrow I may take a walk into the village to buy some groceries, but apart from that I suspect we’ll be around the pool with a good book, snoring the day away! 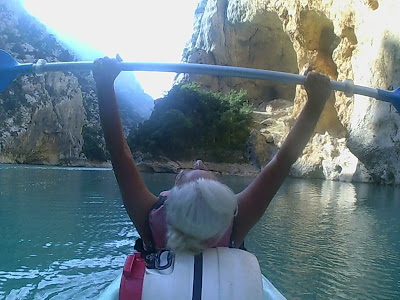 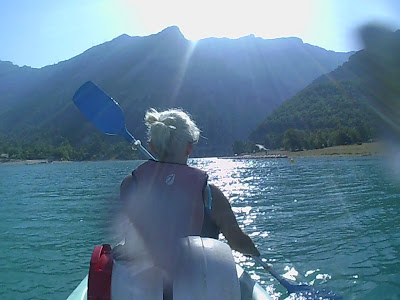 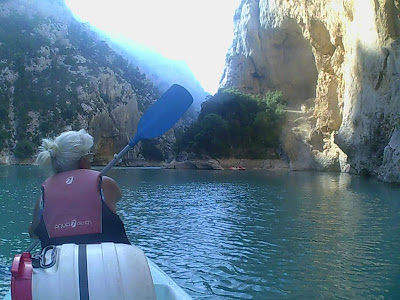 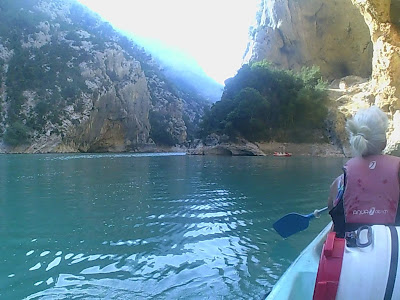 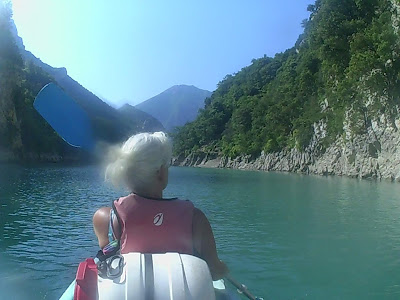 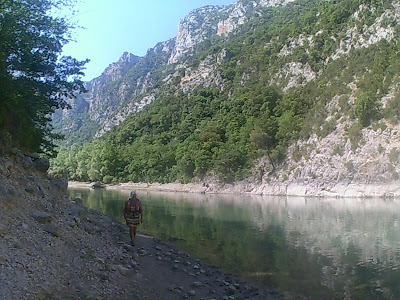 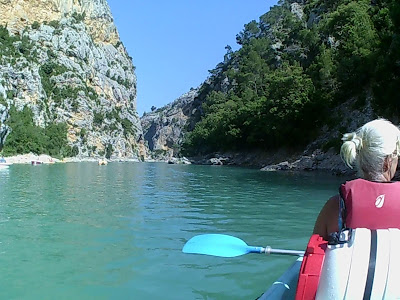 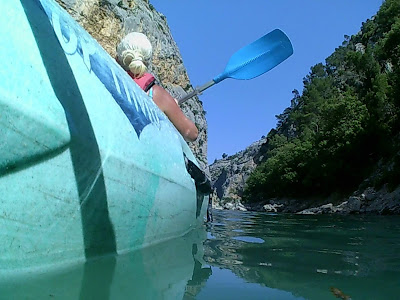 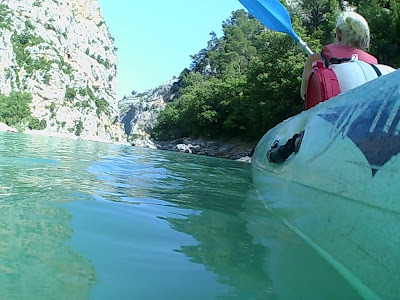 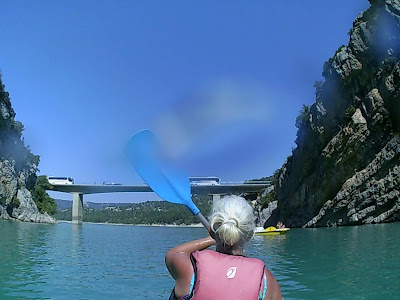 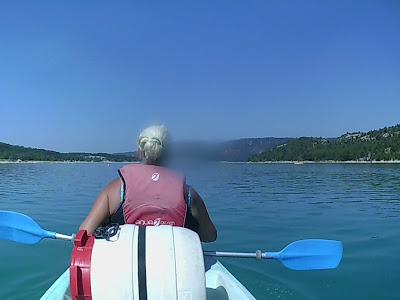