Today is our 30th wedding anniversary - hence the title of these blog posts. During this week we're also saying "30 Years!" as a toast when we clink glasses!

After a lazy start to the morning, our plan was to head to Mercat de Santa Caterina to buy some lunch gear and then walk to Parc Cuitadella for a picnic in the sunshine.  We had a good wander around the market, which was the usual high standard for any market outside of the UK - great food, fresh fish, fruit and prepared salads and meals.  On the way around we decided to scrap the picnic and instead head into the city for some lunch.  As we were quite close we walked past the Picasso Museum and into El Xampanyet, one of the city's best known Cava bars.  We ate here on our last visit 10 years ago and it was just the same, the only thing missing was the sawdust on the floor.  We shared a small bottle of Cava and enjoyed a mixture of tapas chosen by one of the waiters - mainly raw fish, ham and tortilla - all delicious.  Cathy also tried the local Anis liqueur. I think this was a lot stronger than she expected as she was quickly quite giggly!  After this we headed across the very narrow street to try some Basque pinxtos at Euskal Etxia, food perched on top of pieces of bread.  We helped ourselves to a few pinxtos but found this place a bit pretentious and the food was a bit similar and bland.  So the plan then was to return to 'our' local area - Barceloneta.

We were walking in Barceloneta down a narrow street near the market and heard some Latino-style trumpet music.  Across the road was a small bar called Can Mano.  It was good that we arrived when we did as within a few minutes people were queuing outside this small bar for a table.  Very much a family run place, the food was simple but very tasty with a menu of mainly seafood, but with some great meat choices.  They spoke no English but we got by.  We ordered a bottle of the local wine at just under €4 a bottle, plus fried calamari, fried green peppers, potatas fritas and some veal.  Not the healthiest of meals but it was lovely.  It was a very informal place with a great atmosphere, exactly the sort of place we like.

After all that food (and wine!) we were ready for a siesta, so crashed out for a couple of hours, before heading out into the evening for some fresh air and a walk along by the beach.  Now settled in with a brew and watching some Spanish TV - to try and learn some new words - we've really enjoyed our day.  We don't need expensive restaurants or hotels in order to enjoy our 30 year milestone - we just need each other! 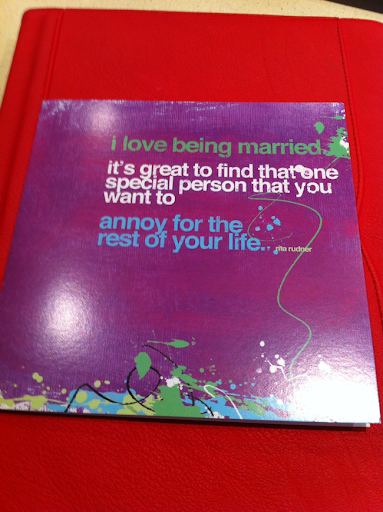 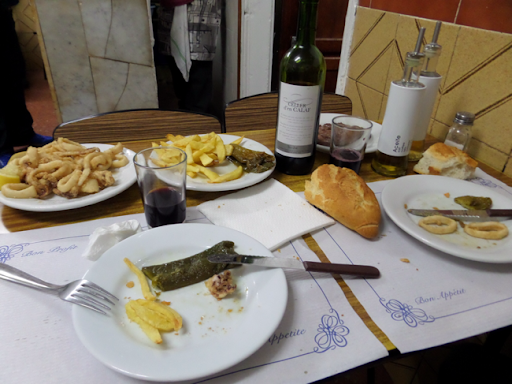