True to form it rained in the early part of the night but was warm and sunny when I woke, quite late, at about 0915.  Up and dressed, I walked over to the Harbourside, looking for a Boulangerie and found one open down a side street.  I bought 4 croissants, a small baguette for lunch and some local 'biscuits', similar to choux pastry, with large sugar crystals on top.  Breakfast sorted, I walked down to the old basin and sat outside L'Albatross café in the sunshine and ordered un grand créme.  This was the most expensive coffee all holiday and I was clearly paying for the view, not the coffee, which was rather weak. Back at the van the kettle was on and we had our croissants with bilberry jam.

There was a small van next to us owned by a British couple.  They had been down to Belgrade and had travelled up through Montenegro and Croatia and were catching the Le Havre ferry later today.

Their next stop was Anglesey so we told them about some wild camping spots, as well as some good Aires and campsite books in Europe.  Once we'd washed and cleared up we walked in to town to wander around the narrow streets and shops and buy some Christmas presents if anything caught our eye.  We bought a few things, including a new cap for me; the shop owner went to great pains to 'fit' and adjust the tilt of the cap until he was happy it fitted properly!  Cathy packed away our purchases carefully and we had a quick lunch before preparing to move.  Fresh water refilled, EHU cable stowed away and waste emptied, we drove off for our 3.5 hour drive to the Aire at Fort Mahon Plage. On the way, driving through a small village, I spotted some rosemary growing alongside the narrow road, so slowed down, lent out and grabbed some for our lamb chops later that day!

On arrival there were quite a few vans, all French. The Aire backs on to sand dunes and is only a short walk from the beach, which is very long and wide with soft sand.  But the seafront (and in fact the road leading to it) is marred by ugly concrete apartments, fast food joints and grockles shops.  I described it as like Talacre Bay but without the scousers.  We had a walk along the beach and returned to the van, where I lit the bucket BBQ, while Cathy prepared the salad.  Lamb chops cooked, we sat inside eating and listening to a Radio 4 podcast. So a quite evening and early night, hoping for a good night's sleep and perhaps an earlier start to get a pitch at Wissant - our first stop in France 10 days ago - on what will be our last  day and night in a France this trip. 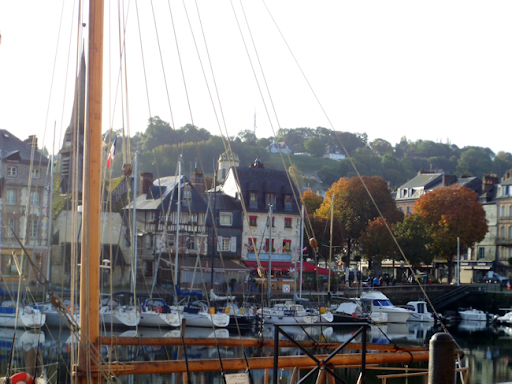