We were packed up early and arrived to pick up the motorhome at about 1010. After completing the paperwork and having everything explained to us we were off! We headed up the M6 and stopped at the motorway services for lunch. The novelty of making lunch & a pot of tea, eating and using the loo, all without getting out of the van was not lost on us! After that we headed off North again and, after turning off the M6,had a lovely country drive in to the hills and across the moors. This included some very interesting hairpin bends. Paul found the MH surprisingly easy to drive; great vision, good acceleration and light steering. We travelled through some lovely villages and arrived at the campsite in Bellingham just after 4 o'clock. As this was our first ever Campie trip we took our time setting up. First was topping up with fresh water; the first lesson was to make sure that the hose is pushed well into the hole, otherwise you get wet feet. We had a pick of several pitches so chose one well away from the children's play area! I connected up the electricity and we had power. First thing was to switch on the water heater - we'll try the heating later if it gets cold. Then the electric kettle was on - Lesson #1 - bring a small extension lead as modern adaptor plugs (on the iPod dock) wouldn't fit into the plug as the overhanging work surface blocked it. We also found that Cathy's walking coat was still at home! We unpacked, made the bed and settled down with a brew to chill and listen to the birds, including a cuckoo. We were very surprised by the amount of storage in the MH - everything already has its place.

We walked into Bellingham along the bank of the River Tyne. Bellingham is a small village but with plenty of amenities; 3 pubs (and a hotel just up the road), co-op, butchers, hardware store, even a Chinese takeaway. When we returned I opened a bottle of Cava to celebrate our first night in a Campie and made some Bruschetta with toasted baguette rubbed with garlic, tomato and drizzled with olive oil. Then I made a garlic, chilli & tomato sauce and cooked some linguine. We had this with some Italian red wine - not a great idea after the Cava! We were very civilised with our linen napkins and a candle on the table. After clearing up we sat, read and chatted for a while. Then it was time to turn in for the night. 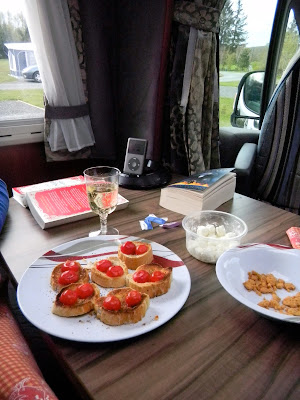 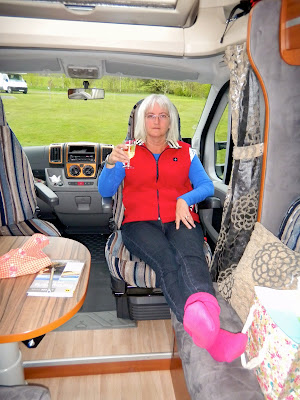 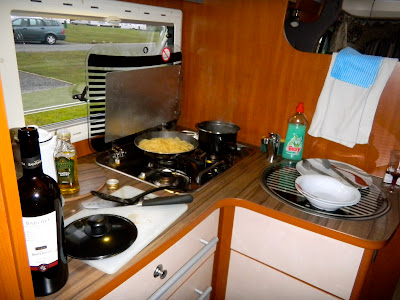 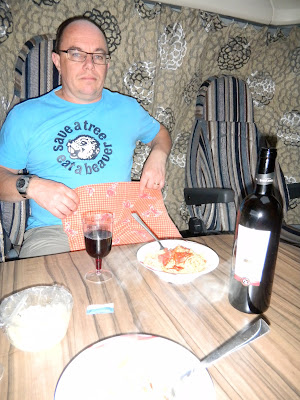 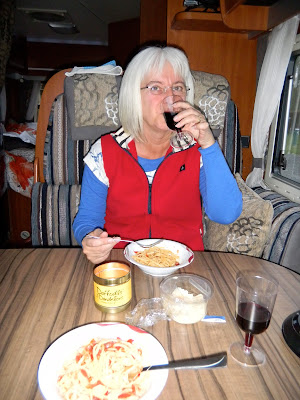 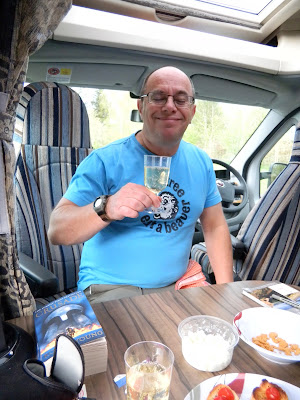