Berthed alongside the Seine

Friday 12 July 2019
Nido’s parked up at a lovely aire alongside the river Seine at La Mailleraye-sur-Seine.  Each pitch is grassy, facing the river and has plenty of space to spread out.  Our original intention was to head for a wild camping spot on the coast, but the drive in was a bit cloudy and rainy so, when we stopped at Pont l’Eveque for lunch,  some re-planning found this place. There’s about 35 pitches and it’s not too busy, considering it’s the Bastille Day weekend.

A couple of French old boys were hanging one on last night, talking and laughing loudly until about 0100.  Combined with a late coffee at the restaurant last night, I didn’t get much sleep and was awake early. I wish I’d known who it was as I’d have got my own back this morning!  Still, it’s a rare occurrence and it sounded like they were enjoying themselves - I bet they had a ‘Pen Mawr’ (Welsh for hangover) this morning!

It was about a four hour journey here, broken with a lunch break, and we’ve not done much - just chill out, watch the ships and eat.  It’s still quite warm and the sun returned as we arrived, so we’ve sat outside most of the time.  It was nice to bump into Joanne also staying on the aire, who is @Trundelbus on Twitter and has a very good blog: trundlebus.co.uk.  It’s always nice to put a face to a name.

A quiet night tonight, then the final run of about another four hours to Cité Europe in Calais tomorrow. 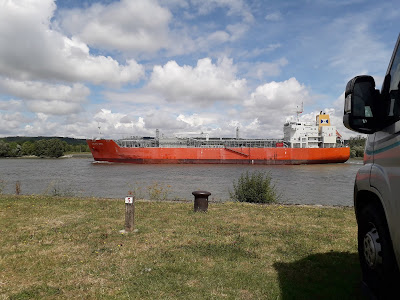 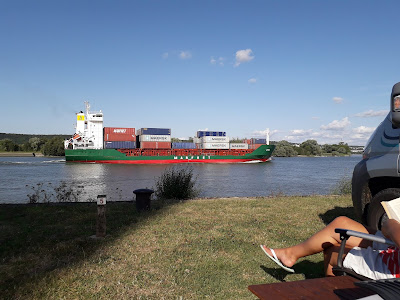 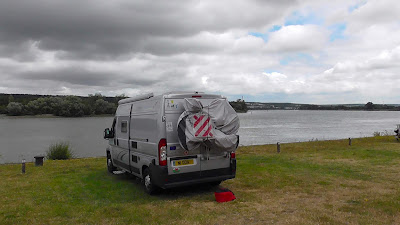