I took a few days of daily blogging, mainly to have a bit of a rest but also as we were on electric, we watched a few episodes of a recorded TV series on the laptop in the evening.  We’re parked on an aire in Tour de Faure, overlooking the river and only about 18km from our last stop.

After a night on the aire in Vers we moved down to the municipal campsite on Wednesday for a couple of nights.  There was a group of 3 selfie-vans next to us - a bunch of guys carp fishing and their wives cooking!  They also had a grey parrot with them that sat on the shoulder of one of the fishermen.  They were using bite indicators on their rods, which alarmed if they got a bite.  The parrot had perfected the noise and a few times they moved over to inspect their rods, only to realise it was the parrot!  Once settled in we walked up into the village to start a circular walk from the church.  The route was marked by yellow bands, so was quite easy to follow.  It took us mainly through forest and glades, occasionally popping out by the river and meadows.  It gradually climbed to the top of the granite cliffs, with a view over the valley and river.  At some point the yellow markers merged with a walk from another village (same markers, different walk!) and I realised we were heading away from Vers, so it took us a while to get back on track and down to a welcome brew at the campsite.

Yesterday started sunny, so Cathy took a walk along the riverbank and I went for a bike ride.  I followed the D662 out of Vers heading for St Cirq Lapopie.  The road followed the river, hugging the bottom of the granite cliffs, through some short tunnels and overhanging rocks.  I passed through St Gery and turned off, crossing a narrow bridge to Bouziers.  I found the aire and cycled a little further along to the start of the Chemin de Halage.  Back in Bouziers I took the road climbing up the other side of the valley, gradually gaining height until I reached the viewpoint over the medieval village of St Cirq Lapopie.  I cycled slowly down some of the narrow streets - brakes full on most of the way - before reaching the river again at Tour de Faure, where I found today’s aire, next to the river and a campsite.  Crossing a river bridge again, I turned right and found a cafe, where I took a break with a coffee and a piece of goat’s cheese pizza - delicious.  I followed the D662 back to Vers for a hot shower and a cup of tea.  There was a small market in the village square in the evening and I bought some fruit and veg, cheese, pate and half a rotisserie chicken.  Dinner was rabbit biryani - you might think it a strange mix but it tasted good cooked in the Remoska.

Moving on today, it was a short drive to Tour de Faure.  We parked up and followed the path along the river for about 4km. It took us along the Chemin de Halage, which is a path cut into the rock.  Some of the wall has been carved and some of it is very smooth, no doubt help by the thousands of people who have touched it over the years.  The Chemin finishes in Bouziers and we stopped for an ice cream before reversing our route and taking a very steep and rock path up to the village of St Cirq Lapopie. The pale stone houses stagger down the steep hillside above the south bank of the Lot.  With its narrow cobbled lanes and half-timbered houses, it’s quite touristy with lots of expensive restaurants and grockle shops, a bit like Mont St Michel.  But it’s well worth a visit, although I would imagine it’s packed in summer.  Back at the van now, it’ll be a quiet night before we move on to a new area tomorrow, towards Figeac, as we gradually wind our way north towards the Dordogne. 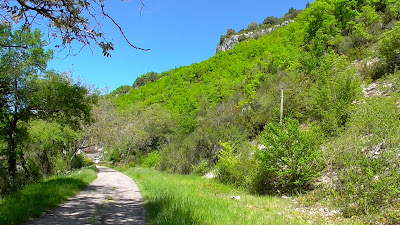 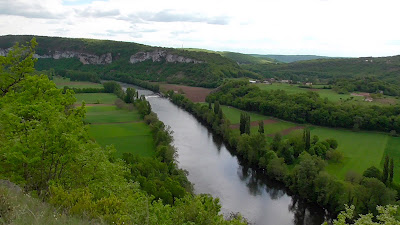 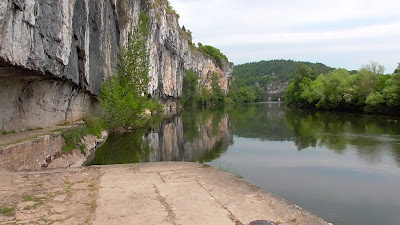 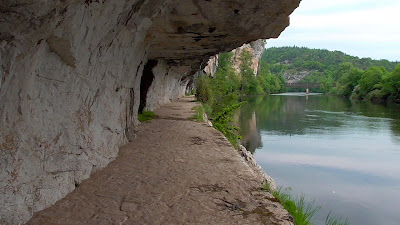 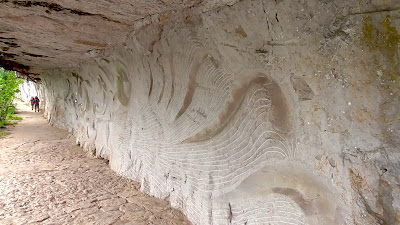 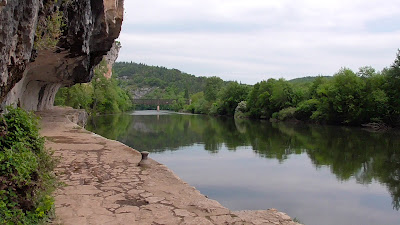 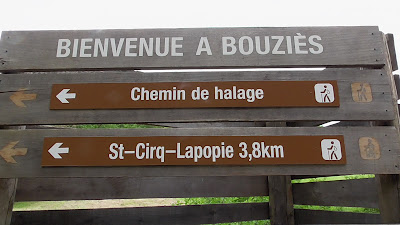 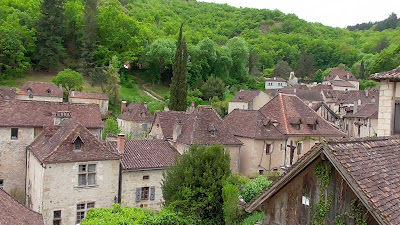 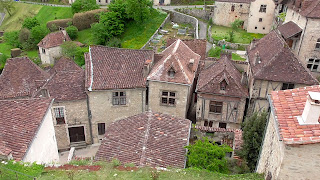 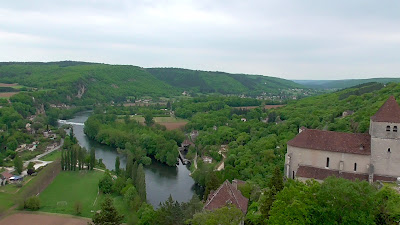 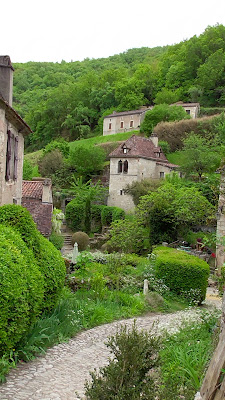 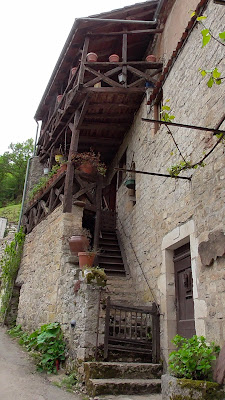 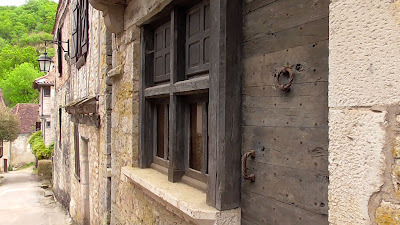 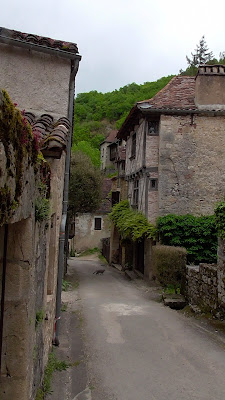 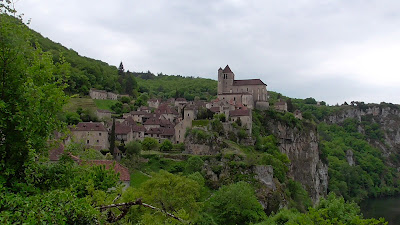