Our journey
The journey to the housesit was very short - just 10 km from the aire at Bourganeuf, where we waited out the weather. So it was a short hop on Tuesday afternoon, mainly along minor roads through forest and meadows.  We pulled up outside the house at about 3pm. The owners had helpfully provided an accurate map and GPS co-ordinates, plus a street view image of exactly where to park, which made life much easier.

The house and area
The house is a beautiful old water mill which has been tastefully renovated. It’s in a small hamlet surrounded by forest and wildflower meadows, with a couple of neighbours not too far away.Some of the original parts of the mill are still visible, particularly in the bathrooms and the basement area.  Outside, the area where the water wheel would have been is still visible, with the water cascading down beside it.  The owners have done a great deal of work, including adding a full length raised deck to the rear, which is south facing so gets lots of sun.  As with most houses in France, it comes with a lot of land - and I mean a lot!  It must keep the owners really busy with keeping on top of the garden, pruning trees and cutting grass.  They also have a separate gite up by the road, plus a swimming pool which is used in the summer.  There’s a large poly tunnel next to a vegetable plot and the chicken run and a much larger stream runs down the bottom of the garden.  There are loads of trees surrounding the house, so lots of birdlife too.   We didn’t explore too far as it was so relaxing just staying at the mill, although we did see lots of the surrounding countryside while waling the dog. 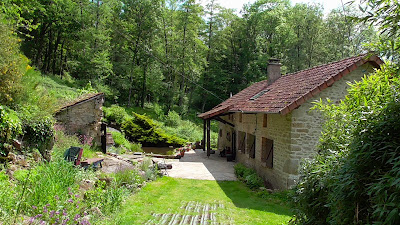 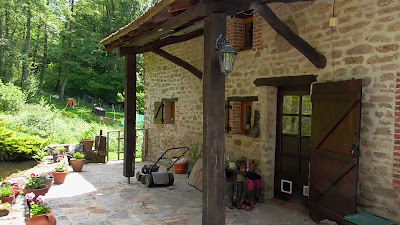 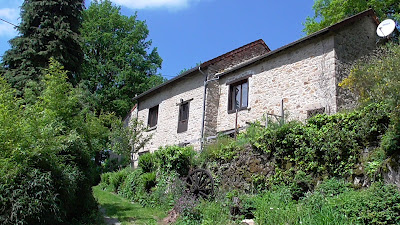 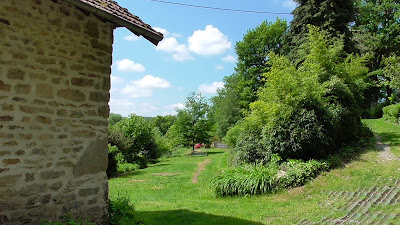 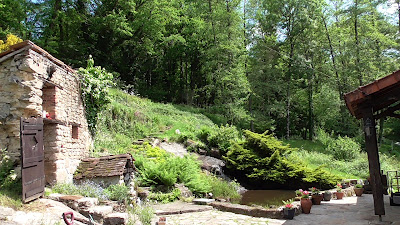 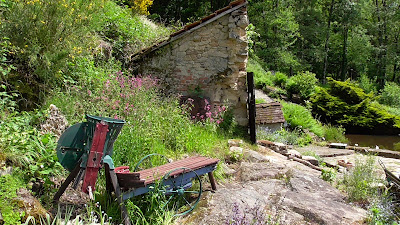 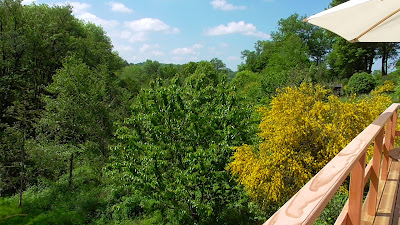 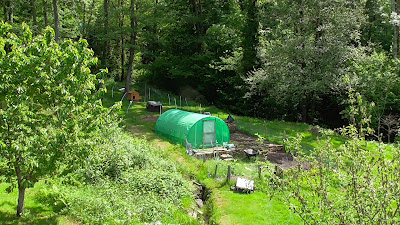 The Pets
We really enjoyed looking after the pets.  The owners had mentioned in our pre-sit phone call that the dog - Freddie - had been rescued and didn’t get on to well with other dogs and people.  They said he could be a bit loud when he first met people until he knows them, but he was fine when we first turned up.  He doesn’t like his paws touched, although he doesn’t mind a tummy rub and tolerates a brushing to find any ticks that may have grabbed hold when walking.  He was absolutely fine with us and we really enjoyed his company.  He turned out to be calm and quiet and was very excited at meal times!

There were also a couple of cats - Pocus and Tinkerbelle.  They too were calm and content, spending most of the day snoozing on the sofas.  Apparently they’re well known for bringing in little presents from the countryside, including live mice!  But we didn’t have to deal with these.  They weren’t really cuddly cats but liked to come over when they felt like it.  Pocus liked to sit on my lap and watch when I was sat at a table typing on my laptop!

The two Shetland ponies - Attila and Grace - were kept in an enclosure in a separate field a short walk from the house.  They were always pleased to see us at mealtimes.  Grace in particular liked to try to get to the hay, which was kept the other side of a fence and covered up!  They took little effort apart from feeding, watering and scooping quite a lot of poo each day - great for the garden!

Finally, there were two hens and a cockerel called Dave!  They had an enclosure in the garden and, well, did what most chickens do - scratched about.  I fed them a few worms from the garden which they enjoyed.  The hens presented us with two large eggs each day.

We didn’t do a great deal, apart from look after the pets.  We’d been on the road in the van for over 10 weeks by the time we arrived, so we were more than ready to escape from the confines of the van for a few days; we enjoyed sleeping in a large bed, having sofas to stretch out on and a hot shower!  We arrived a day early so the owners could take us through the pet routines, which is always helpful. Most of our time was spent in the garden and on the raised deck, plus our daily dog walks.  We did a bit of gardening to keep ourselves active.  Evenings were spent chilling out watching some TV and reading.  It was very relaxing.

And to finish
The owners returned after their 5 night break and we did a quick handover with them. I’d cooked sweet and sour vegetables with egg fried rice for them, as they’d had a long journey and I’m sure they wouldn’t want to cook when they got home, so having a meal ready helps them (and it’s one of our USPs when house sitting).  This was their first experience of Trusted Housesitters, so hopefully we did OK and haven’t put them off getting other sitters in the future!  We have a plan to make a fast run to the northern coast of France, to allow us a week of sea and beach time before crossing back to the UK.  After a long time on the road, putting down roots and relaxing in a lovely house for a few days was just what we needed.