Nido’s parked up on the Ardfern Motorhome Park.  We’re ‘billy-no-mates’ again - just us here on a 10 pitch site next to Loch Craignash.  I’d booked this on pitch.com, but we could have just turned up, as there’s an honesty box for payment.  It comes with electric and a decent wifi signal (hence a flurry of blog posts going out tonight).  Another wet and windy night!

We slept well in the total quietness of the wild camping spot and after breakfast reversed our route to rejoin the A816 for a mile to stop in the village of Kilmartin.  Kilmartin Glen is the most important prehistoric site in Scotland.  In particular, it’s linear cemetery, where several cairns are aligned for more than two miles to the south of the village were well worth the visit. They date back as far as 3000 BC and are thought to represent the successive burials of a ruling family or chieftains.  Our first stop was the Kilmartin Museum, next to the village church.  We paid to learn a little more about the history of Kilmartin Glen before following the well marked path to visit each of the cairns.  Close to the south cairn, there’s Temple Wood which is the site for two stone circles.  I was interested in the name of the wood, given the areas possible links with the Knights Templar in this area, but I’m going to save that for a separate post.  It warmed considerably as we walked to and from the cairns, before we visited Kilmartin church and cemetery, with links to Knights Templar again.

We continued south in the van, missing out one area of interest as the car park was too small for us, but parking up with plenty of space at the foot of Dunadd fort.  This ruined iron age fort occupies a distinctive 176 foot high rocky knoll, once surrounded by sea but currently stranded beside the winding River Add. It was here that Fergus, the first king of Dalriada, established his royal seat.  The stone carvings near the top (the originals are now covered by a concrete replica) show inscriptions in Ogham (an ancient alphabet of Irish origin), the faint outline of a boar, a hollowed-out footprint and a small basin.  It’s thought the footprint was used as part of the royal coronation rituals.  It’s also thought that the Stone of Destiny was used at Dunadd before being moved to Scone Palace.  The recently arrived wind and rain made it quite a difficult and slippery climb to the top but despite this the views were amazing and the site atmospheric.

Back at the van, we dried off and enjoyed a hot brew before driving back north for a few miles to Ardfern.  On electricity, we’ve been able to ‘charge all the things’ and watch a bit of a TV series.  It also means hot showers tomorrow and toast for breakfast! 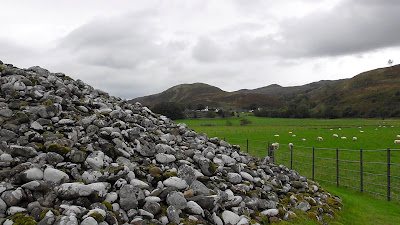 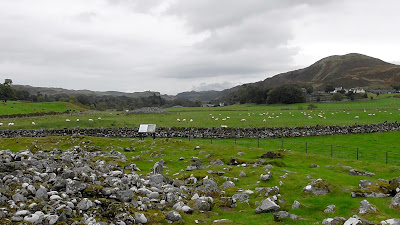 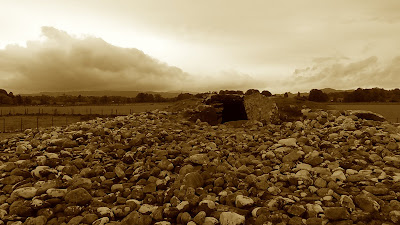 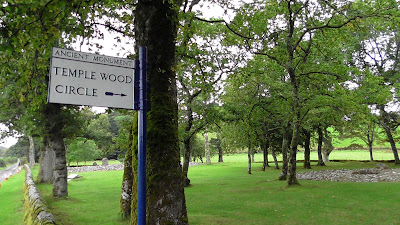 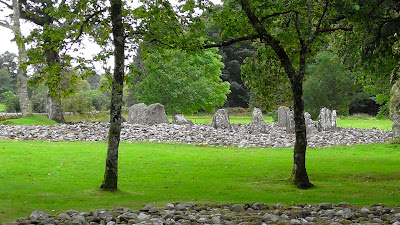 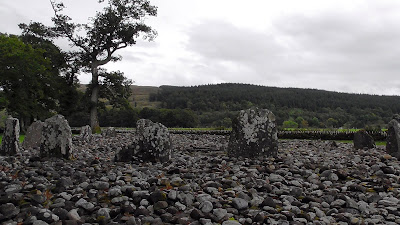 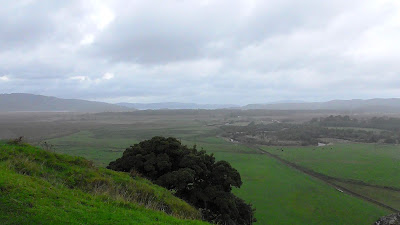 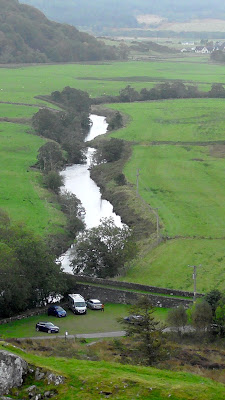 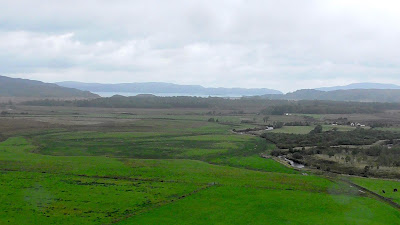 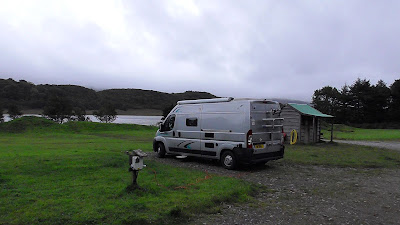 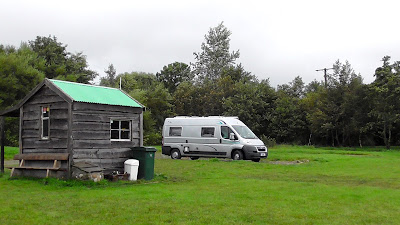 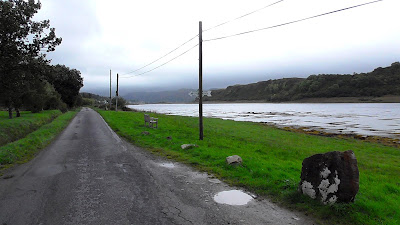