We’ve had another lazy day in lovely hot sunshine.  Nido’s parked up in Angoisse.  There’s a leisure lake (Base de loisirs de Roufflac) a couple of minutes downhill with a swimming beach, drag water ski-ing (ie they’re dragged along by a high wire, not they’re dressed up as women!) and a restaurant.  There is a service point here but the water is switched off; luckily we still pretty full.

I popped out first thing this morning for a croissant and baguette and had a quick coffee in the shop, because that’s what everyone does in France!  It was misty in the valley but the sun was burning it off and plenty of blue sky was visible.  Our first stop was an Intermarche in Montignac as we were very short of food.  €96 later (gulp!) - and remember we’re not drinking alcohol! - the van was a few inches lower on the suspension!  After filling up with diesel, we drove the hour to this current stop.

We sat outside for lunch and then had a good walk around the lake - about 8km.  It’s a lovely spot and the staff were getting the drag ski-ing set up and ready for the season.  Back at the van we sat under the shade of a large cherry tree with a brew and our books, before preparing dinner.  I’d bought a couple of lovely steaks and some fresh local asparagus, which were both grilled on the BBQ while Cathy made some chips in the van.  It was all delicious and all the better for sitting outside on our own with no other vans, although cars were coming and going in the separate car parks, including the young kids keen on wearing out their car tyres wheel-spinning, but they’ve all gone home for their tea now!  We sat outside listening to the birds and crickets, with a cup of tea and a lemon tart - bliss! 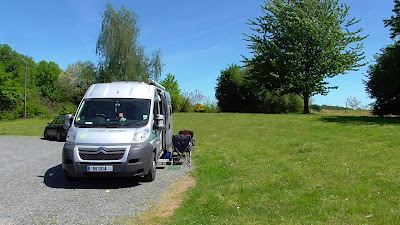 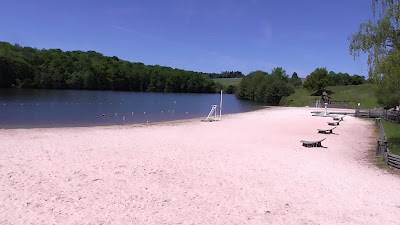 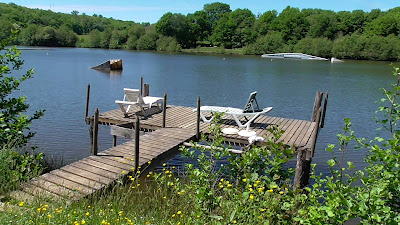 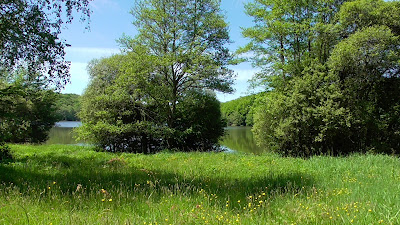 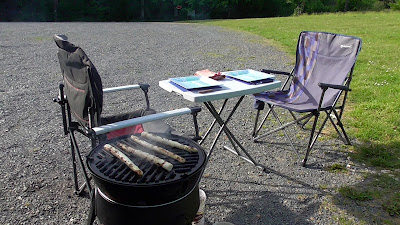