Nido's parked up behind the Village Hall in Butley.  They offer aire-like pitches with EHU if needed.  It's also possible to service your van for a small donation. It can be booked through their website or by calling a mobile number, answered by a very helpful lady.  This is such a great facility for campervans and motorhomes and the income helps keep the village hall maintained; other villages please take note!

We left Hemingford Abbots yesterday morning after a very cold and frosty night (but warm in the van with the heating ticking over) and travelled a couple of hours further down the A14, only getting lost once!  The roads around where I grew up have changed so much in recent years that neither me nor the satnav could fathom out which road to take, but we got there in the end!

Our stop last night was a C&CC CS (Certified Site) in the tiny village of Eastbridge. It was a basic grass field on a working farm and we had it all to ourselves. It's a small place of only about 220 occupants, as the CS owners told us (they also manage the farm).  We had a good chat with the farmer, who is a leading light in the campaign against the building of Sizewell C Nuclear Power Station.  Sizewell is only a few miles away right on the coast.  They'd been campaigning for 10 years and a Yes/No decision is expected this May.  The disruption to the surrounding countryside and their village looks horrendous during the 10-12 years it would take to build the power station.  He was very interested to hear our views of how Wylfa Nuclear Power Station is viewed on Anglesey, particularly now there's a chance that a second one might be built next door to the one currently being decommissioned.  He had heard that the people of Anglesey were for the build; we were able to tell him that many of us certainly are not!  I hope they win, but suspect the views of the local people will be ignored.

We walked from the CS along a footpath that runs east through the Minsmere Nature Reserve to the large shingle beach.  It's a beautiful place and we saw a large variety of birdlife, plus a large herd of deer. This morning, when taking Salty for his walk, I also heard the booming of a Bittern in the reeds.  There's a pub in the village just a couple of minutes walk from the CS - The Eels Foot Inn - an Adnams pub, but we didn't use it, although it's also a C&MC CL.  The night was very dark and full of stars and it turned cold as we turned in.

Even Salty was cold first thing this morning and jumped on the bed to snuggle up until I got up to switch on the van heating.  Breakfast done, setting off was delayed as the SIM card in the Mifi died as the 12Gb had been used up, much faster than I expected.  It was a 3 'Internet with Legs' Data only SIM and I thought we had more data left.  With Cathy needing internet for a Welsh lesson on Thursday, I had to swap one of our phone SIMs into the Mifi, which works but the GiffGaff (O2) coverage doesn't seem as good as 3.  The phone signal in this area (at least for us) has been very poor.

About 15 minutes up the road we pulled into Dunwich Forest car park, which is free.  With a flask and some food packed, we walked through the forest (more of a pine plantation really), following the footpath down to the village of Dunwich, which is right on the coast.  It's a typically lovely Suffolk village but, looking at the signs on the houses and cottages, like most seaside places, most of the properties are now holiday homes.  But it has a pub and museum and a car park right at the beach, with toilets and a cafe.  The car park is 'free' but a donation (honesty box) is encouraged.  As with most places now, there was a plethora of 'No overnight camping' signs.

Back at the van we sat out in the warm sunshine with a cup of tea and chatted to a passing couple staying in a camper van, before making our way to Butley.  Now fed and watered, it's pitch black outside and very, very quiet!  With EHU, we're charging up all the gadgets and will no doubt put the heating on later. Although the day's are warm and sunny, it gets very chilly once the sun sets. 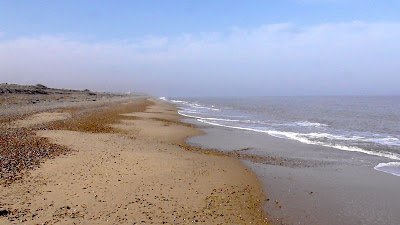 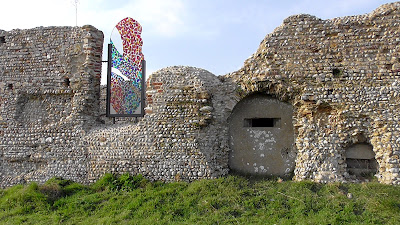 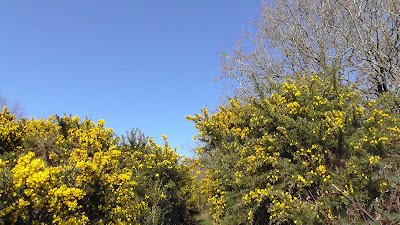