Where is the map? 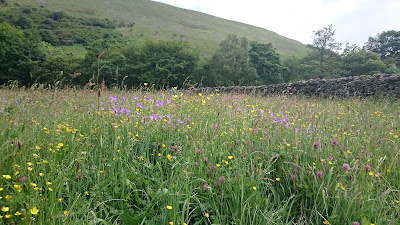 For a few years Cathy's wanted to see the wildflower meadows of Swaledale in full bloom. So I booked a campsite between Muker and Reeth.

Friday 17 June 2016
I finished work at lunchtime and after preparing the van we drove north up the M6. The traffic was kind to us, although once on the minor roads, the satnag decided to take us over the top of the hills along ever narrowing lanes. We were in this part of the world last August, when we stayed on the Usha Gap campsite in Muker and many years ago we'd enjoyed some great holidays in a cottage in Grinton with our children and our old friend, Chris.  The Scabba Wath campsite was poorly signposted but we eventually found it, pulling into a slightly sloping pitch that needed levellers.  There was already a group with a caravan and tent and a couple of crazy dogs. Cathy cooked some pizza this morning and we had this with some salad and a glass or two of red wine. After dinner we had a short walk across the road and over the bridge, walking down to the river Swale and a little up the road towards Grinton. There were hundreds of rabbits hopping about, including some very flat ones on the road! Back at the van we sat with the sliding door open, watching the sheep settle down for the night, but the rain closed us down and we had an early night to read.  It was a quiet night and we both slept well.

Saturday 18 June 2016
We didn't wake until 0830 - almost 12 hours in bed! That's what a week at work does to us. After breakfast Cathy went to pay and ditch rubbish, while I packed everything away. We drove down to Reeth. We wanted to visit the bakery where in previous holidays we'd stocked up on lovely food for our walks in the hills ("two of them, three of them, four of them!"). With a couple of pasties, some fruit cake and shortbread, we drove back passed last night's campsite towards Muker and the Usha Gap campsite. I popped in to the farmhouse to pay for a night and we pitched up in the small area next to the river.  With our rucksacks packed with lunch, flask and water the last thing was the map.  "Where is the map?" I asked.  Cathy didn't remember packing it, so I must have left it somewhere at home - my bad!  But I remembered our route from last year, which started with walking through the famous wildflower meadows of Muker.  The sun was out and so we managed to take some great photos as well as stand to soak up the colour. The route took us along the river before climbing towards the remains of Crackpot Hall. We stopped further along, by a waterfall, for our lunch.  The Reeth bakery food and our tuna rolls went down very well and with renewed energy we walked up to the small hamlet of Keld.  There's a small, basic campsite here, quite high up and with great views.  I'll think we'll give it a try next time.  Dropping down we joined the old corpse road, where in the past they carried coffins over the hill to Muker, soon climbing with great views all around.  As we reached the top and started our descent, we stopped and sat on the grassy hill for a cuppa.  The Farmers Arms in Muker provided a well deserved pint before the short walk back to the van.  Cathy had a lie down while I used the campsite's clean, hot and very welcome showers. Back over the road I wound out our awning - the first time we'd used it since it was fitted last November - then prepared and cooked our meal of chicken pad Thai, washed down with a bottle of chilled Leffe. We ate outside but the midges were starting to give us some grief, so I washed up across the road while Cathy sorted out the van.  We spent the rest of the evening sat in the van, enjoying the occasional sunny spell while reading.  I think we'll soon be asleep!

Sunday 19 June 2016
A grey morning and the midges were still battering at the windows and skylights to come in! After breakfast we drove up over the Buttertubs Pass and stopped in the village of Ingleton. There's a good walk to the waterfalls but at £6 per adult, we thought this was a bit steep. After all, it's not as if it costs a huge amount to maintain!  So instead we returned to the van, grabbed a picnic and walked back to sit at a picnic table by the river.  There's a small, heated outdoor swimming pool in the village which looked lovely - next time.  Back home we gave Nido a good clean inside and out and I emptied his garage ready for his habitation service tomorrow. 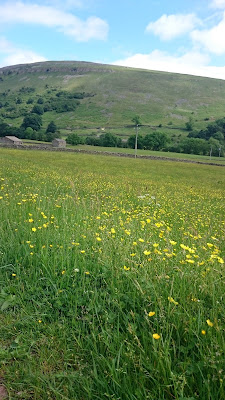 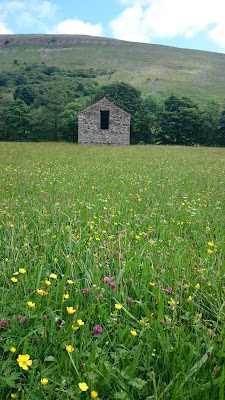 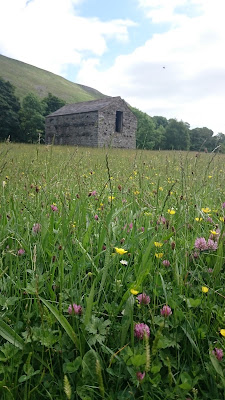 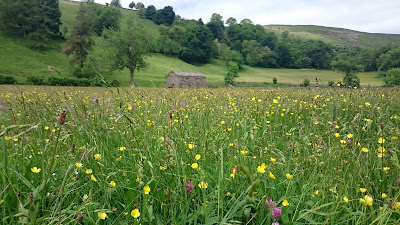 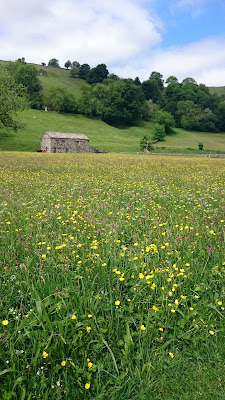 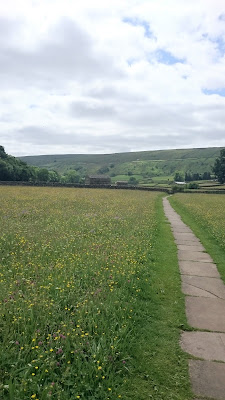 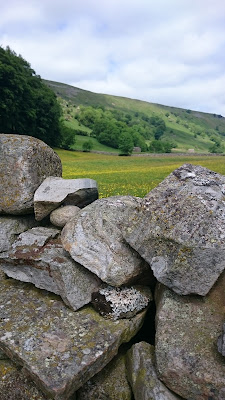 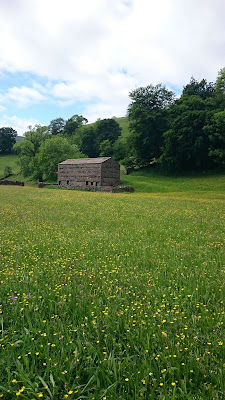 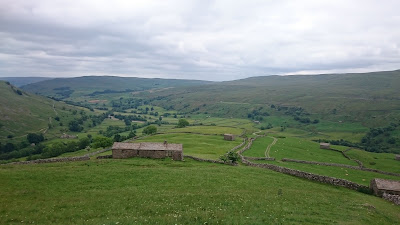 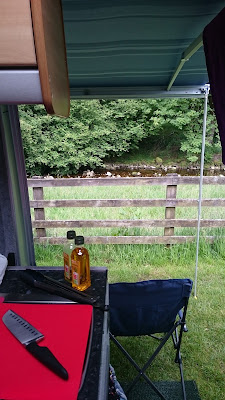 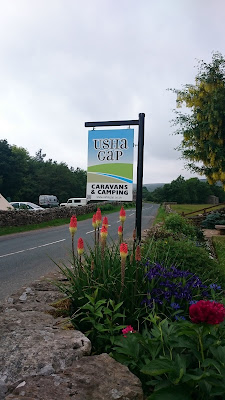