It's Bastille Day, although you wouldn't think so.  It's like any normal day in France - quiet roads, villages and towns like the Marie Celeste, supermarkets shut at lunch time. I expected a UK-type bank holiday - horrendous traffic jams, 'super-sales' in all the shops, drunks outside the pub, torrential rain.  Well, we had some torrential rain on and off today, but we also had some hot sunshine.  But France has been quiet (at this time we didn't know about the dreadful events in Nice that evening).  There were loads of fireworks late last night in Mutigny, so perhaps they celebrate the night before.  One thing I have noticed though, is that the French like to have a Brocante - or car-boot sale - on or around Bastille Day.  And this isn't the sort of car-boot sale we know - in a muddy field with people selling piles of rusty tools and videos (who has a video recorder these days?).  No, a French Brocante is held outside their house on the pavement - on either a wallpaper paste table or actually out of the back of the car - outside their house. So, as we walked (yesterday) or drove (today) through the the villages, every other house were having their own little car boot sale.  We were restrained and didn't buy any kiddie plastic tricycles, wine racks or tacky ornaments!

Back to the real world. On our way I stopped off at an Intermarché armed with the above shopping list, before driving to today's stop. Nido's parked up in a lovely aire in the village of Coucy Le Château Auffrique.  There's 5 pitches, separated by grass and beds of flowers and shrubs.  For €5 we get unlimited electric, 10 minutes of fresh water and free use of the toilet (in which we have not ventured - this is France after all!).  And we also have any excellent view of Coucy Castle on the hill above us.  Once settled in, we enjoyed our lunch while torrential rain did its best to ruin our day (it failed).  We walked around the uphill road and entered the village by one of the medieval gates and towers.  Along cobbled streets we paid our €10.50 and entered the castle walls.  The expansive grassy area inside was set up for medieval jousting and other such events, but not today - yesterday, tomorrow and the day after - but not today!  Still, we felt we had our money's worth, walking around the walls, the main castle and the many towers and subterranean caves and dungeons.  There were great 360' views, including little Nido down in the aire below, surrounded by the big A class and coachbuilt motorhomes.

The first castle on this site was built in 920 by the archbishop of Reims to protect his territory at Coucy.  It was extended from 1079 onwards under the dynasty of the Lords of Coucy. They dominated the history of the castle for three centuries. In 1220, Enguerrand III of Coucy, a warrior at the Battle of Bouvines (on 27 July 1214, Phillipe Auguste's Royal troops beat the coalition financed by John Lackland's England) and in the expeditions against the Cathars, had the town enclosed and built the existing castle with its enormous keep. One hundred and fifty years later, Enguerrand VII, a great diplomat, transformed the building into a sumptuous palace. He died without any male descendants and in 1400 the Coucy estate was bought by Louis of Orleans to strengthen his Valois duchy. Following the Fronde in the 17th century (the last war waged against the King of France by the lords of the kingdom from 1648 to 1653), the castle was broken up and abandoned. It became national property at the Revolution and was used as a stone quarry until it was bought by Louis-Phillipe in 1829' then by the State in 1848.  Several architects in turn including Viollet-Le-Duc, worked to preserve the ruins.  Used by the French Army as a HQ in the First World War, it was later captured by the Germans who, as they moved out in 1917, used 28 tons of explosives to blow up the four towers and the keep (they also blew up a lot of our chip shops in a later war - perhaps the castle was practice). Don't you just love free pamphlets!

As we walked around we spotted loads of different 'Masons' Jobbers' marks' on the hand-cut and carved stones. These were signs made by the stonesmiths and masons, who were paid by their job marks left on the blocks in order to receive payment for their toils - hence the term 'a job lot'.  Castle visit done, we wandered around some of the narrow streets and on top of the village walls (including coming across a group of latter day stonemasons working to prepare the Laon Gate)' before my 'beer radar' led us to a bar/tabac.  Cathy sat at a table outside and I wandered in to order a couple of beers. It was a typical French bar - a few old chaps and the barman sat on stools staring at a TV mounted high in the corner.......watching the Tour de France!  I'd seen nothing of it for 12 days, but a quick chat with the barman confirmed it was the stage to Ventoux.  I watched for a couple of minutes, then remembered 'the boss' was outside and waiting for her beer, so I reluctantly dragged my self away.  Although, to be fair, she did say I could stay in the bar to watch the race.   I popped back in later to use the loo and was confused to see Chris Froome, wearing the leader's Yellow Jersey, running uphill, sans bike.  Now even the most unsporty amongst you will know that the Tour de France is a race on bikes - it's not a running race!  So I was a tad confused, not helped by the fast French commentary.  He eventually got a bike, which clearly was worse than something you find in the canal, as he quickly dumped it and waited for the Team Sky car, jumping on and finishing the race, although I have no idea of the impact on his current lead.  I eventually found out he was caught up in another rider's crash with a motorbike. I look forward to seeing it in the highlights when I get home.

Back in the van we enjoyed a hot shower and a dinner of potatoes and carrots roasted in 'Oska', plus veal chops and red pepper cooked on the Cadac BBQ.  With a couple of glasses of red wine and a final flurry of sunshine and clear blue sky, it was a good ending to an interesting day.  Tomorrow we head for the coast of Northern France for our last couple of days. No doubt the weather will deteriorate as we get closer to Blighty. Perhaps we should just turn around again and head south to follow the sun? 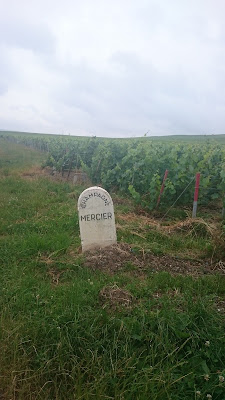 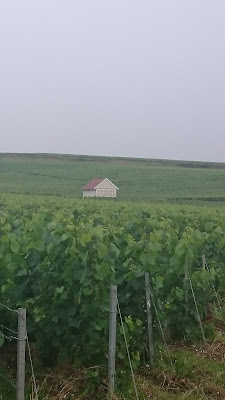 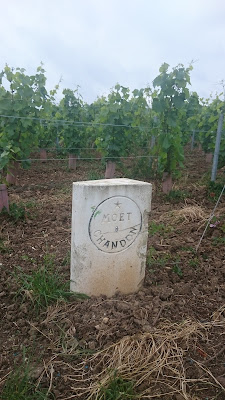 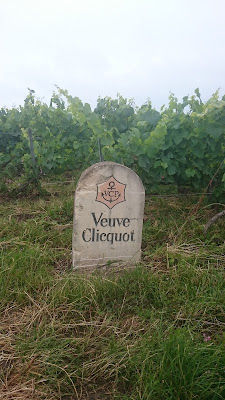 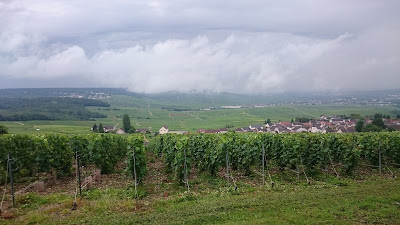 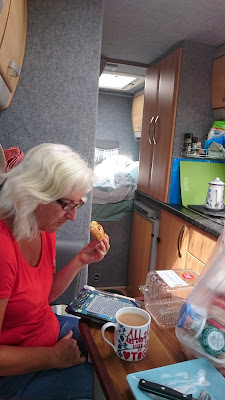 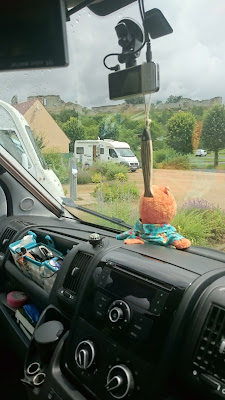 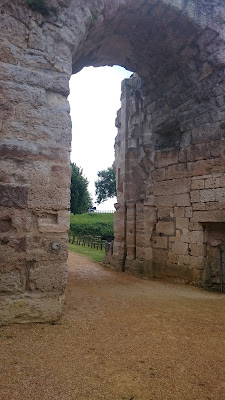 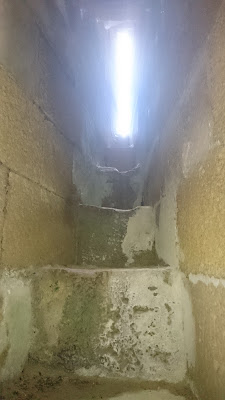 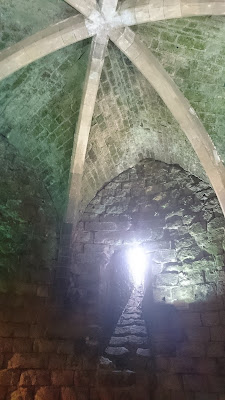 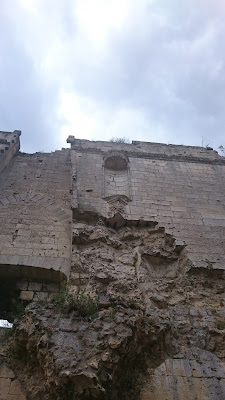 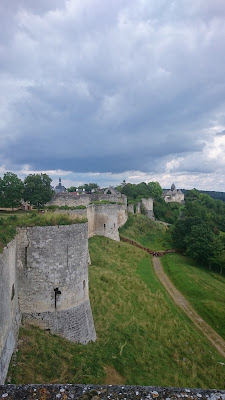 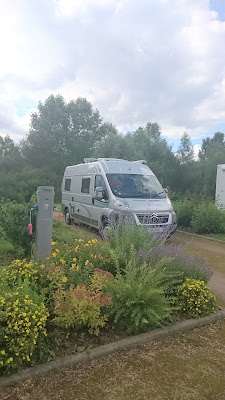 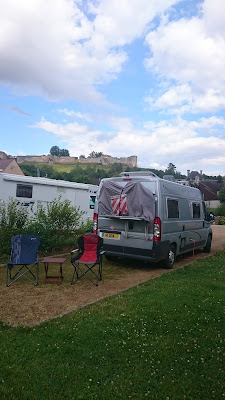